According to The Sleuth, the automaker’s 2017 Clarity Fuel Cell sedan will be followed by plug-in hybrid and battery-electric variants that are expected to go on sale by the end of 2017 as 2018 models. The plug-in version will have a range of 40 miles on batteries alone before the companion gasoline engine kicks in. The battery-electric model will reportedly have an 80-mile range, which would fall far short of the current crop of electrics such as the Chevrolet Bolt with its 238-mile range. The Clarity Fuel Cell that will soon be available to California residents on a three-year lease basis (including a $15,000 fuel credit) can travel 366 miles between fill-ups. With only a few dozen hydrogen filling stations statewide, that model has understandably limited appeal. 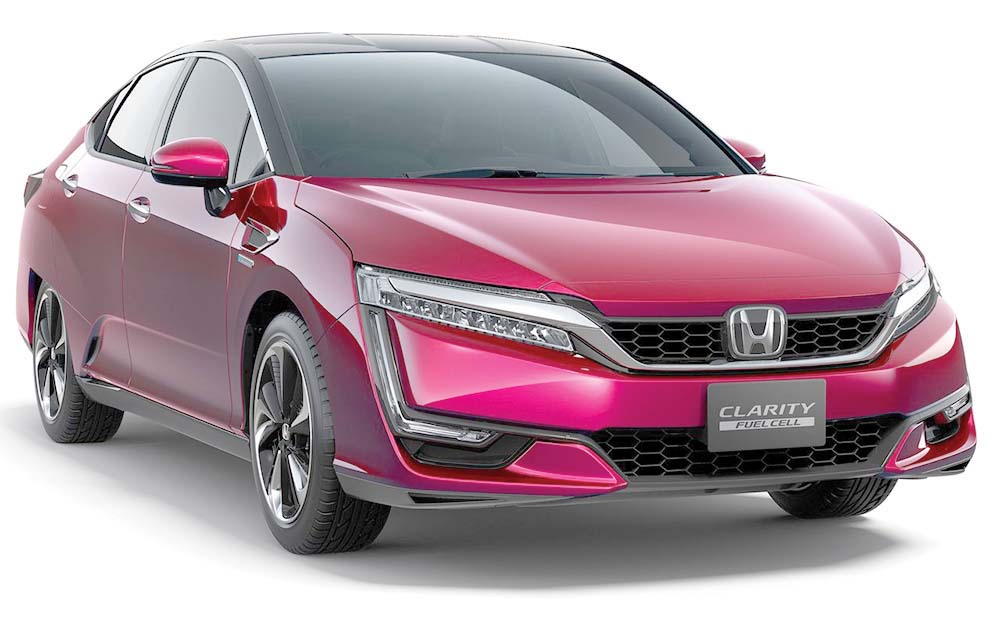 The Sleuth recently drove the hydrogen version Clarity, which has plenty of power and style. Honda will help early adopters of the technology with a $15,000 fuel credit. (PHOTO: HONDA)