The Japan-based automaker is one of the top players in the mid-size-sedan wars with the nicely turned-out Accord. It’s also hard at work developing the next-generation four-door that will debut in late 2017 for the 2018 model year. Honda is usually pretty hush-hush when it comes to future models, but The Spymaster’s intelligence points to a less-conservative looking Accord coming our way. Along with a more exciting grille, Honda is adopting a slanted fastback roofline that isn’t that dissimilar to the ones penned for the Chrysler 200, Ford Fusion and Chevrolet Malibu. As for power, rumor has it that a turbocharged 1.5-liter four-cylinder and non-turbo 2.0-liter I-4 from the Honda Civic will be used, but will make a bit more power. There’s some talk that Honda’s excellent V-6 will be dropped, or perhaps available only on the Accord coupe.
. 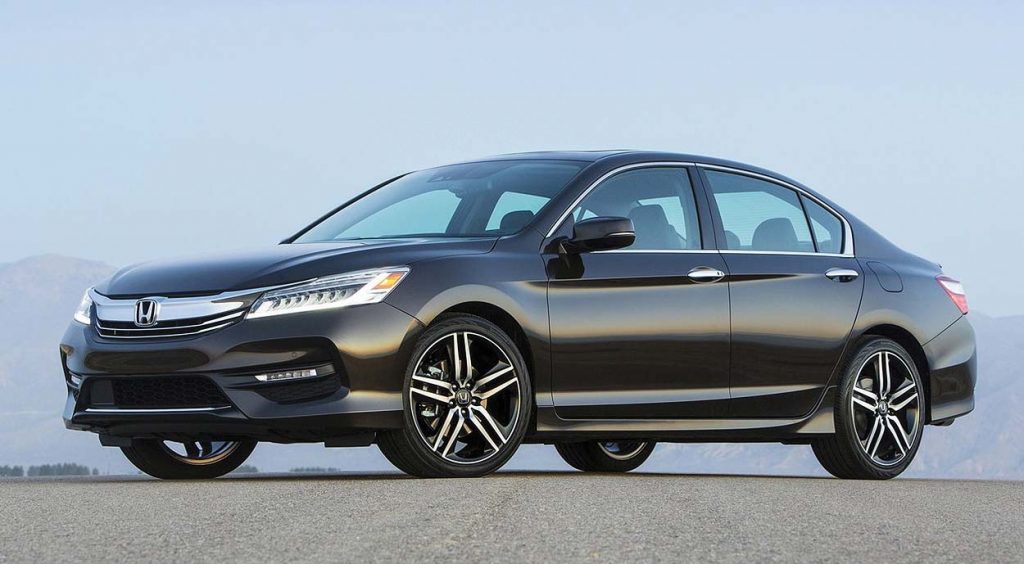 The next Honda Accord will apparently be more exciting to look at than the current model, pictured. (PHOTO: HONDA)