The Sleuth thinks there’s nothing too radical about the automaker’s 2022 compact sedan that’s scheduled to arrive next spring. The most dramatic change is the Civic’s front end with its fancier headlights and oversize air intake that appears inspired by certain Toyota models. There are also more creases that extend along the sides and around the wheel openings, plus a spoiler-like lip on the trunk lid. Honda has yet to provide specific measurements of the new Civic (images of the concept version only have been released), but it appears to be a bit bigger. There’s also no word regarding engine specs for the base Civic, Si and Type R, but some horsepower upticks are expected. 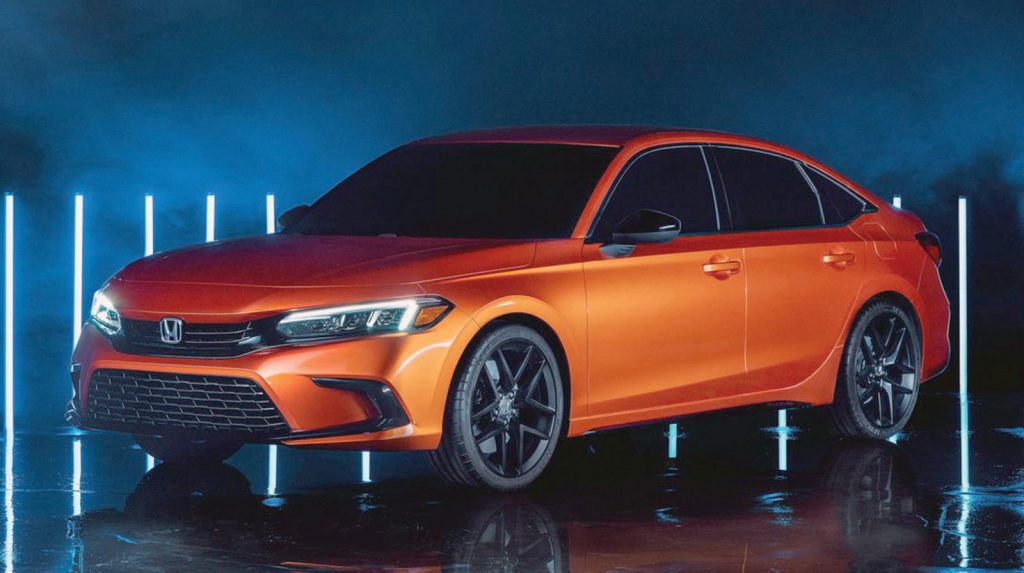 The redesign of the Honda Civic is extensive with a large lower grille, sharp body creases and an obvious bump in the bodywork below the rear side glass. PHOTO: HONDA