General Motors claims to be moving right along developing electric Chevrolet Silverado and GMC Sierra light-duty trucks. The electric-exclusive platform is apparently applicable to a variety of GM passenger cars and utility vehicles. The only variables would seem to be battery-pack size (density) and the number of motors (i.e. front and/or rear) used to propel the various models. GM stated that it plans to introduce 20 new electric vehicles to be sold here and in other countries by 2023. Meanwhile, startup EV maker Rivian recently displayed its R1T pickup with a cool slide-out kitchen. The optional unit, which stows in the bed directly behind the rear window, comes with two electric burners, a separate heating element for beverages, a folding prep table and storage drawers. The R1T is expected to arrive in 2020. 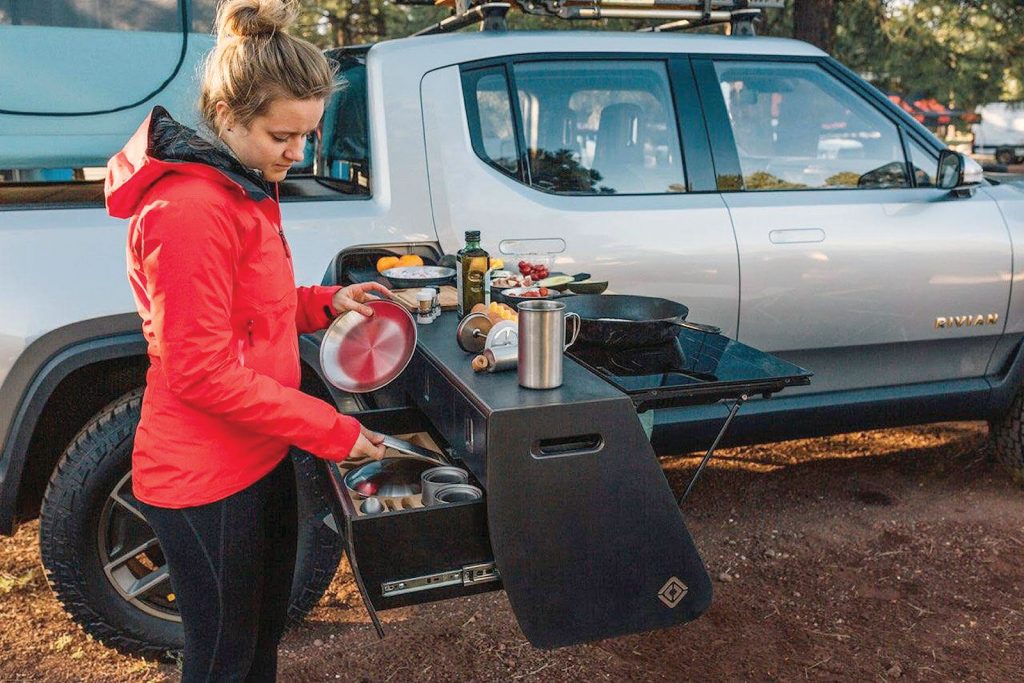 Rivian’s R1T electric pickup is shown with a pullout kitchen. The vehicle is not on sale yet, but it has a lot of out-of-the-box thinking. For example, two Rivian pickups can charge each other. PHOTO: RIVIAN