That’s what The Sleuth believes after viewing images of the automaker’s Navara model, which is what the Frontier is called outside of North America. It appears that Nissan’s designers have used the larger Titan pickup as a template, since the resemblance between the two trucks is obvious. However, where the Navara is available with a turbo-diesel engine, the new Frontier will stick the 3.8-liter V-6 that was new for 2020 (310 horsepower and 281 pound-feet of torque). The engine is hooked to a nine-speed automatic transmission. Nissan previously confirmed that the 2021 Frontier would be available with a number of Nismo-brand off-road components. 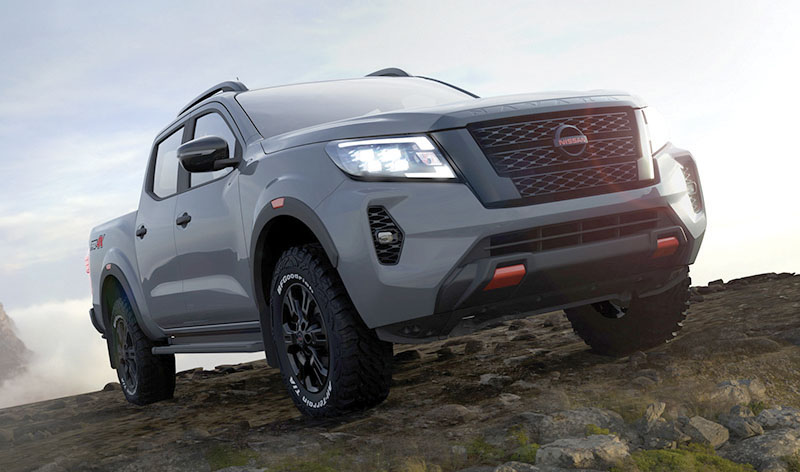 The Sleuth thinks the refreshed Nissan Frontier will be patterned after the Navara, which is sold outside of North America.

The 2022 Hyundai Tucson details have finally been released: