That’s a big-time yes, based on the Civic coupe concept that was revealed at the 2015 New York International Auto Show. The Trenchcoated One sees a bolder design that at last stands apart from the crowd. As well, Civic sedans and coupes get a turbocharged 1.5-liter four-cylinder engine option as an alternative to the base non-turbo engine. A hatchback version will join the Civic ranks and a 305-horsepower Type R hatch will also be part of the invasion (hatchbacks are built at Honda’s factory in England). The Type R’s arrival here is partly due to the efforts of Civic fans in North America who have for years been clamoring for a quicker version of the favorite ride. Another factor is the growth in the hot small-car class including the Volkswagen Golf GTI and Golf R, Ford’s upcoming Focus RS and current Subaru WRX STI. 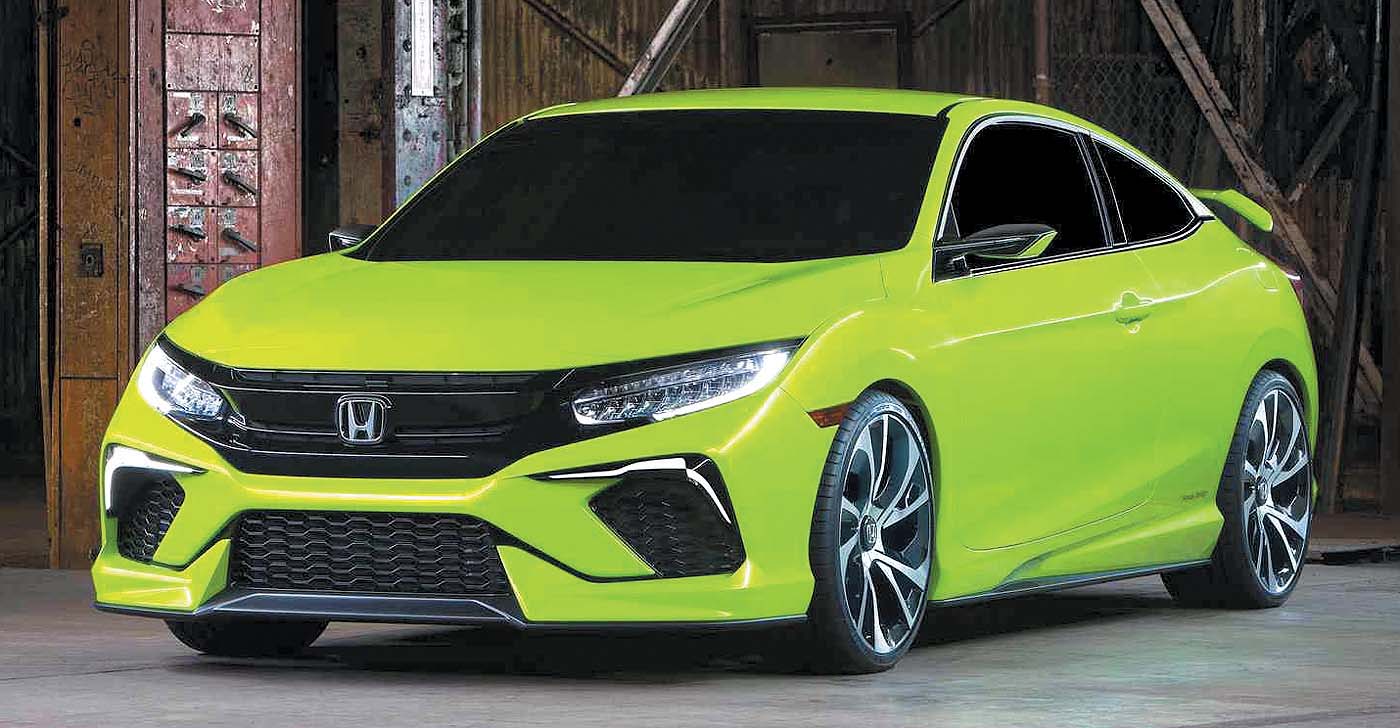 A hot rod Civic Type R with 305 horsepower is in the works for the North American market. The Sleuth thinks that performance-starved Honda fans will be all over this one.