The Sleuth is aware that the car company founded by Henrik Fisker, which went bankrupt back in 2012, was purchased in 2014 by Wanxiang of China. Before its demise, the automaker had produced 2,450 electric Karma luxury sedans that sold for about $100,000 each. Wanxiang is setting up shop in California (the original car was made in Finland) and will resume production in 2016. This time around, the Fisker name has been dropped and the car will simply be called the Karma and the builder will be called Karma Automotive. Upgrades to the Karma include the latest 1.5-liter motor/generator developed by General Motors for the 2016 Chevrolet Volt, but with a turbocharger added for extra energy generation. Selling price will be in the $115,000 range. 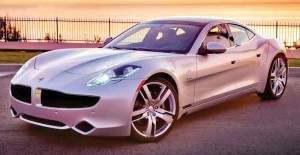