The Sleuth’s sources are reporting back that Ford has patented something called “heat-transmission graphics”. When a painted body panel is warmed up by means of a heating element, a graphic (such as a logo, stripes, etc.) appears on the surface. In the company’s patent filing, the vehicle rendering used to describe the process is a Ford Mustang, which displays the car’s iconic pony appearing on the hood. Heat-generated graphics could conceivably be made to appear anywhere, including fenders, rear deck or even on the roof. Whether the process will become the next Big Thing or it’s used as a marketing gimmick remains to be seen, but you can expect Ford to test the waters and gauge public reaction in the near future. 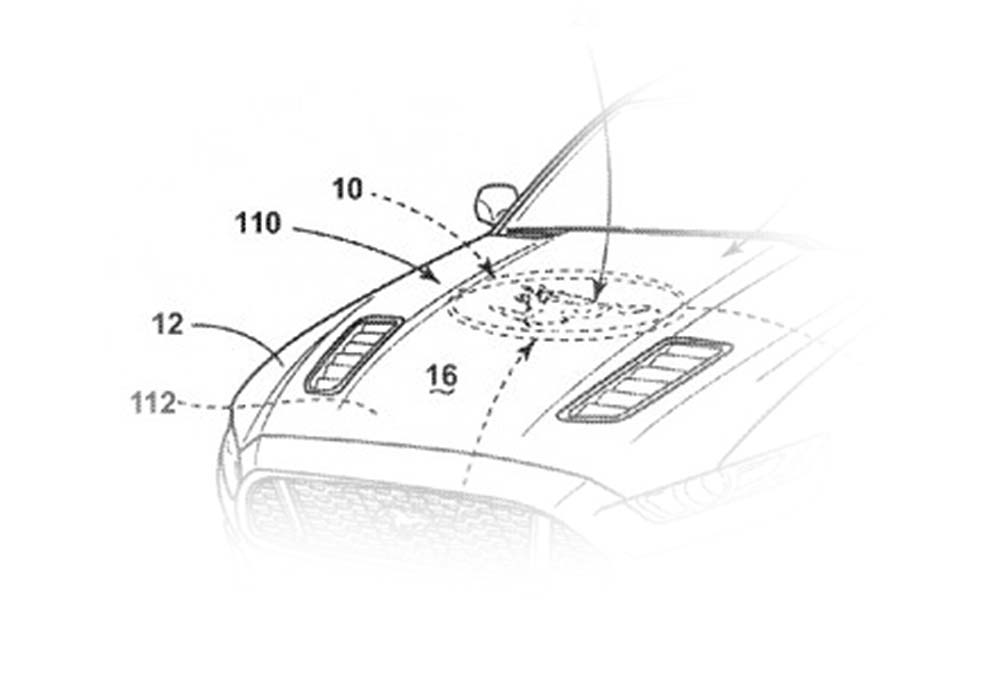 Ford has filed for a patent for a paint process or product that reveals a graphic design or other art when the surface is heated. (DIAGRAM: FORD)

AWD Challenger is ready, but it’s about utility, not performance: