The Sleuth notes that the biggest/largest model in the Blue Oval automaker’s lineup is being replaced for the 2018 model year. Available in both regular- and extended-length versions, the Expedition gets a new grille and sheetmetal plus major interior changes aimed at the upscale end of the spectrum. In fact, a fully loaded 2018 Expedition Platinum will actually cost much more than a starting-point Lincoln Navigator that the ‘Ex’ is based on. Lower-level models will get a 375-horsepower twin-turbocharged 3.5-liter V-6, while a 400-horsepower version will be installed in upper-end Expeditions. Both engines will be mated to 10-speed automatic transmissions that replace the previous six-speed unit. All these changes will come at cost, however, including a base MSRP that’s close to $5,000 higher than it previously was. 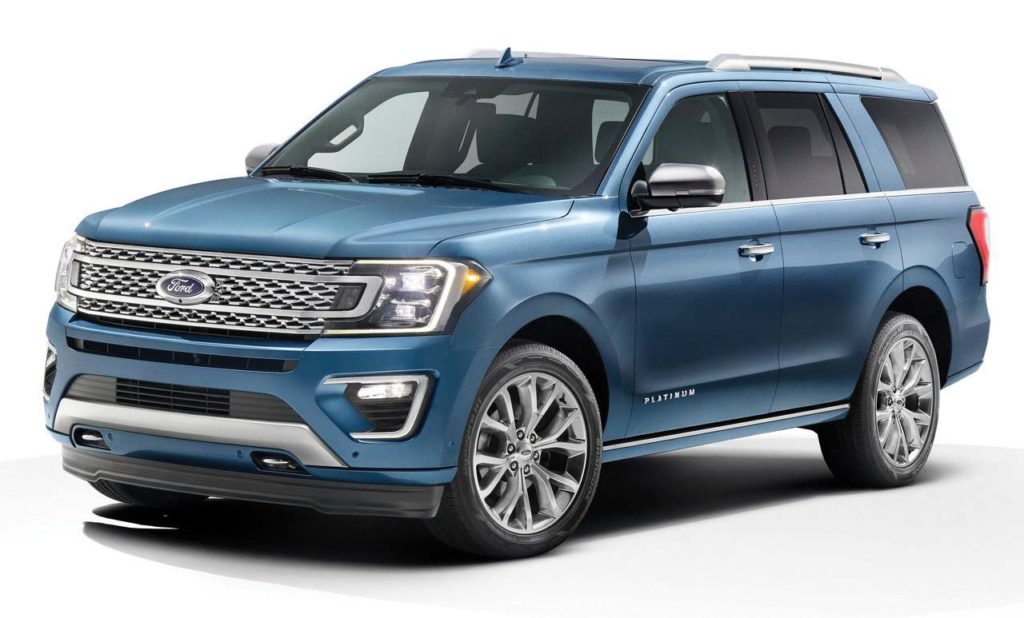 The top model of the next Expedition will actually cost much more than the base Lincoln Navigator. The two vehicles share platforms.(PHOTO: FORD)