The Spymaster’s sources hear that the futuristic minivan concept Fiat Chrysler Automobiles (FCA) recently unveiled at the 2017 Consumer Electronics Show in Las Vegas, Nev., could be headed for production by the end of this decade or early in the next. The Chrysler Portal is an all-electric six-passenger lightweight van that can be adapted for commercial use by removing the second- and third-row seats. Equipped with a 100-kilowatt-hour lithium-ion battery, the Portal has a claimed range of up to 250 miles on a single charge. Initially, it will also offer limited autonomous-driving capability, but will eventually be upgraded to a fully autonomous state. 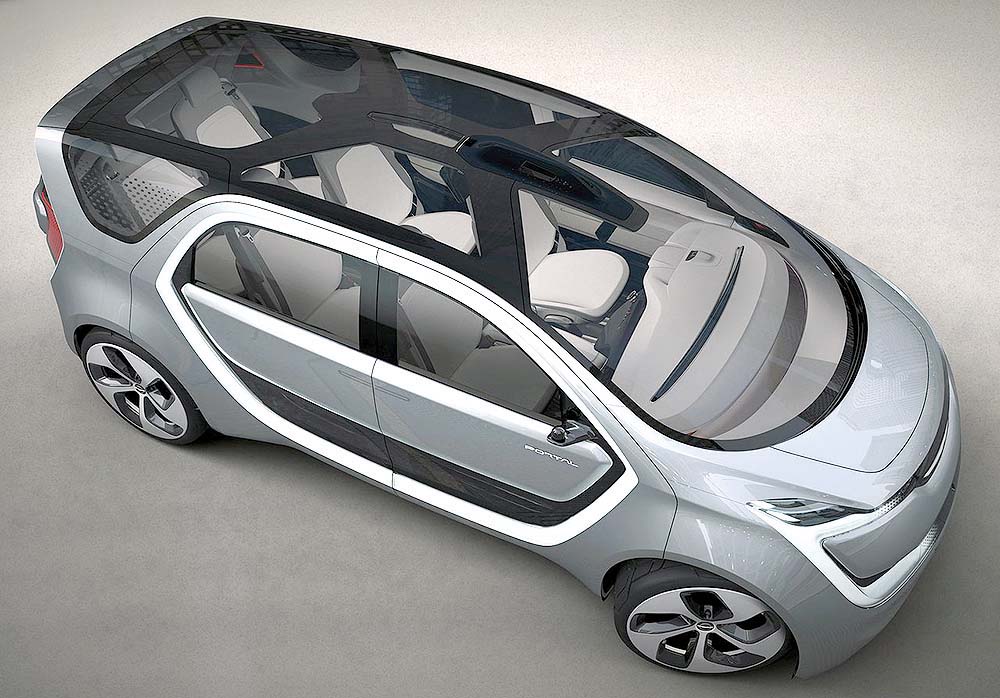 The Portal could be a ‘door’ to the future of connectivity and autonomous driving. It can also be an electric cargo van when the second- and third-row seats are pulled. (PHOTO: CHRYSLER)