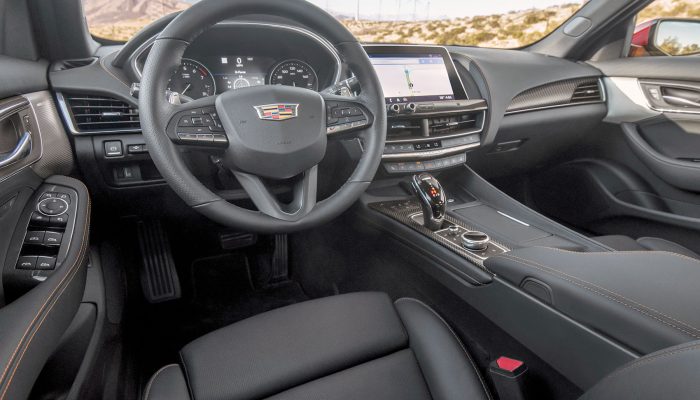 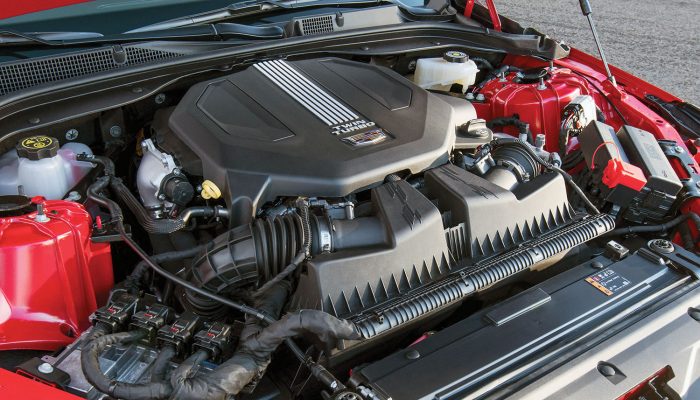 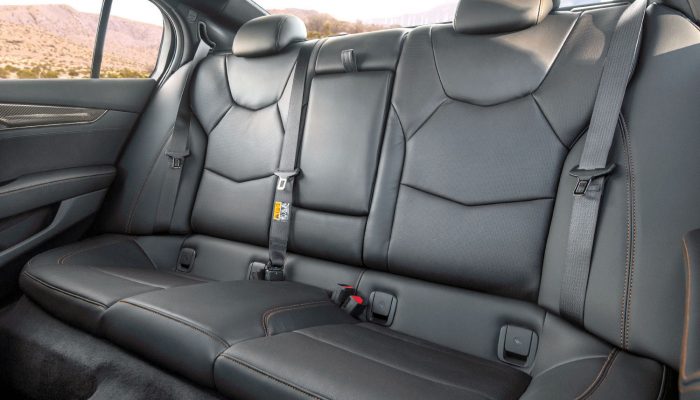 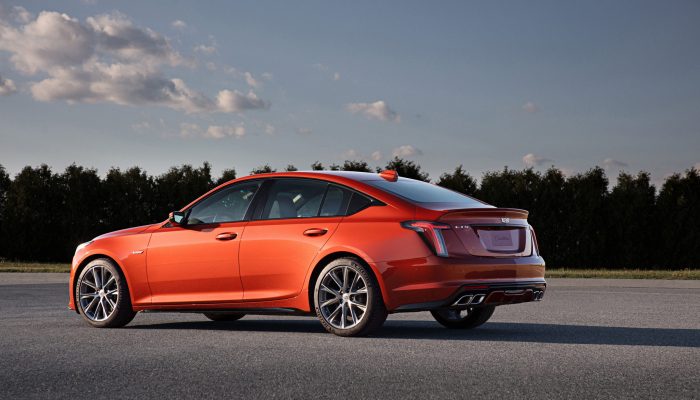 With much talk centred on the coming electric-vehicle revolution, it’s interesting that Cadillac continues to offer an expanding assortment of performance sedans that lean on internal-combustion engines.
Cadillac will indeed be a leader for parent company General Motors’ electrification effort, but in the meantime the new V-Series sedans growl and snort delightful sounds with pistons, turbochargers and gasoline. Bottom line? Enjoy them while you can.
The midsize CT5-V — the subject of this review — and the smaller CT4-V are equipped with higher-output powertrains (plus a number of specialty features) that separate them from their less-sporting relatives.
Being sedans, the pond they swim in is dominated by BMW, Lexus, Audi and Mercedes-Benz. The four brands also offer assorted performance models. For BMW, they get the M badge. For Lexus it’s the letter F, Audi builds S and RS variants and Mercedes-Benz has its AMG models.
For Cadillac, it’s all in the V.
The CT-5, which was launched for the 2020 model year alongside the CT4, shares styling DNA with Cadillac’s three XT-class utility vehicles, particularly in the shape of the grille. The result is a sharp- and smart-looking sedan with subtly sculpted body panels that will neither offend or cause passersby to point and stare.

The CT5 is about 18 centimetres longer than the CT4 and has a wheelbase that’s greater by the same amount. With the difference mostly going to the CT5’s passengers, trunk room is only slightly greater than the CT4’s.
The gauges, switches and steering-wheel controls are intuitively laid out and the 10-inch high-definition touch-screen has a convenient volume knob (some vehicles make you go to the screen). The fussy pistol-grip shifter isn’t as intuitive as a conventional lever, but it’s better than dials or buttons.
The base CT5 uses a turbocharged 2.0-litre four-cylinder producing 237 horsepower and 258 pound-feet of torque. Optional is a twin-turbo 3.0-litre V-6 with 335 horses and 405 pound-feet. A 10-speed automatic transmission directs power to the rear wheels, or optionally to all four.
The CT5-V is something else. You get a 360-horsepower version of 3.0-litre V-6 and the kind of content you would expect/want in a performance sedan, such as an electronic limited-slip rear differential, sport suspension with constantly adjusting (1,000 times per second) dampers, Brembo-brand brakes and a traction-management system originally developed for the Chevrolet Corvette. Each of the modes — Dry, Wet, Race and two Sport levels — vary the traction and stability settings, or the system can be turned off for intervention-free driving.
As with the standard CT5, the V is available in rear- or all-wheel-drive, which is significant in terms of traction and four-seasons suitability. (The AWD test car was shod with winter tires.)
The car makes some fantastic noises during acceleration. Push the “V”-mode button on the steering wheel for custom performance settings including one that makes the exhaust even louder.
At each gear change under moderate to hard acceleration, there’s a short and sudden ‘BLAAAP’ noise — also common to Audi and Mercedes-Benz competitors — and will likely give CT5-V owners a thrill. Until it gets annoying and they change exhaust modes.
According to Cadillac, the CT5-V can reach 60 mph (96 km/h) from rest in a reasonably quick 4.6 seconds, which feels about right.
Fuel consumption is rated at 12.7 l/100 km in the city, 9.1 on the highway and 11.1 combined.
Pricing starts at $53,300 for the RWD model and $55,500 for the AWD version. Among the option packages is Cadillac’s latest semi-autonomous Super Cruise system that for 2021 comes with lane-change-on-demand capability (which does exactly what you think it would do).
Other extras include a panoramic sunroof, driver’s- and passenger’s-seat lumbar massage, illuminated door handles and sill plates and a 15-speaker Bose-brand audio system. Key active-safety technology is included, such as emergency braking and blind-spot warning, but lane-departure warning and active cruise control are optional.
The question is whether the CT5-V’s attributes put it in the same league with the BMWs and Audis of the world. The answer is absolutely. The bonus is that the Cadillac costs less, which makes it a terrific value.

What you should know: Cadillac CT5-V 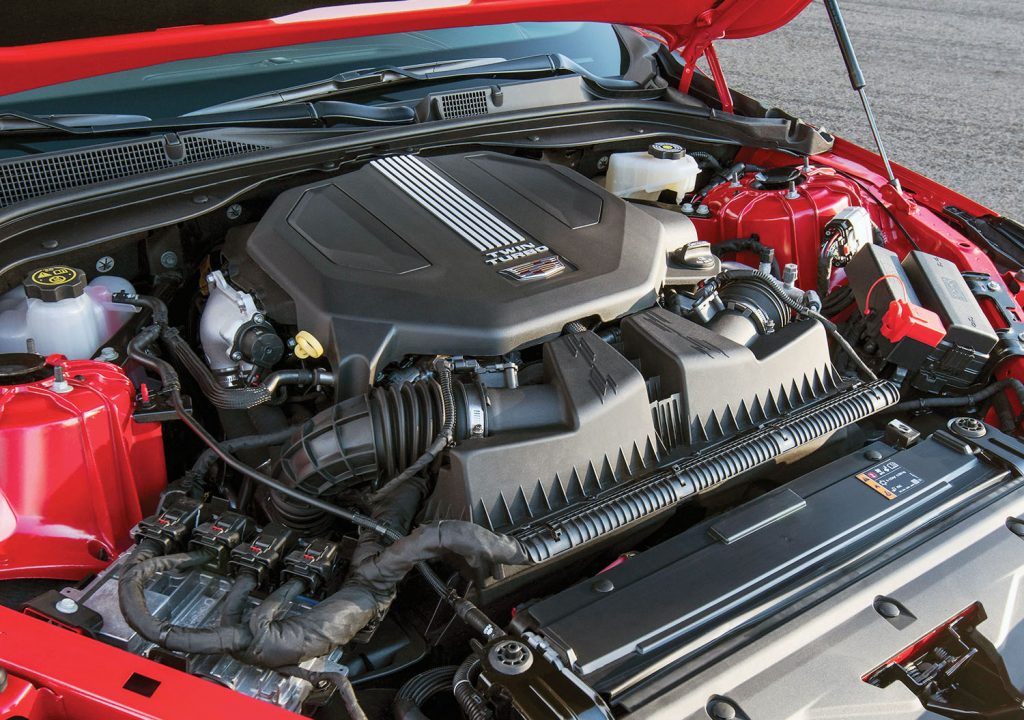 Consider that the V’s V-6 engine makes only 25 horsepower more than the non-V and you might
wonder what all the fuss is about. Well, the CT5-V is a more complete performance package.
PHOTO: CADILLAC 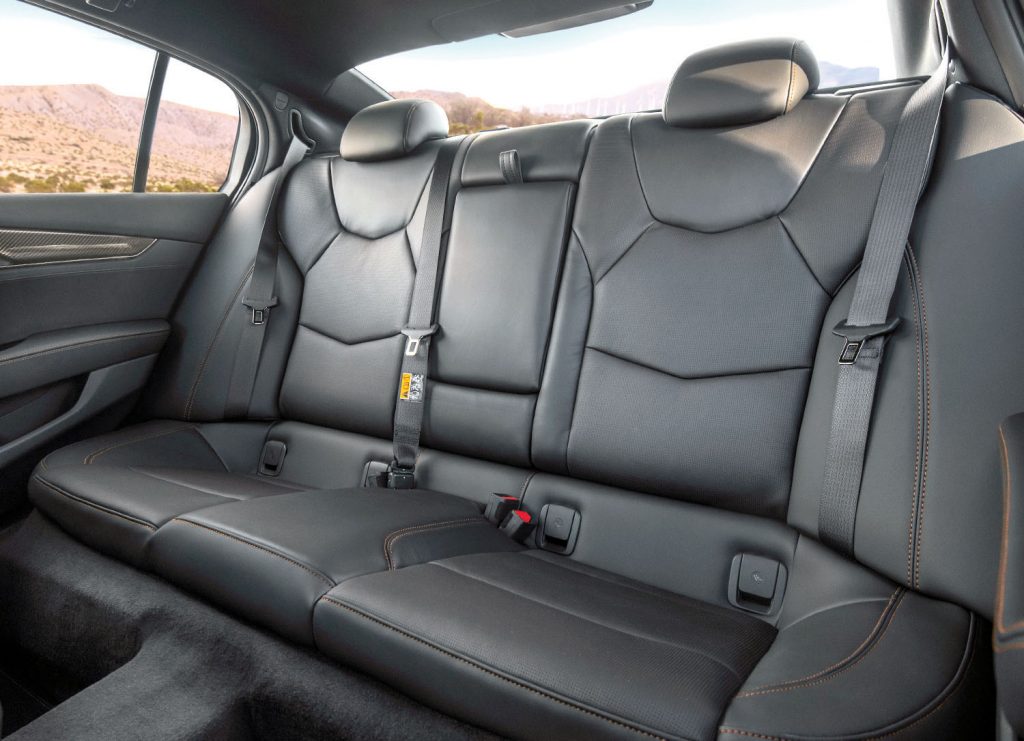 Compared with the CT4, the CT5 has about 18 more centimetres of space between the front and
rear wheels, which means the rear-seat space is quite generous.
PHOTO: CADILLAC 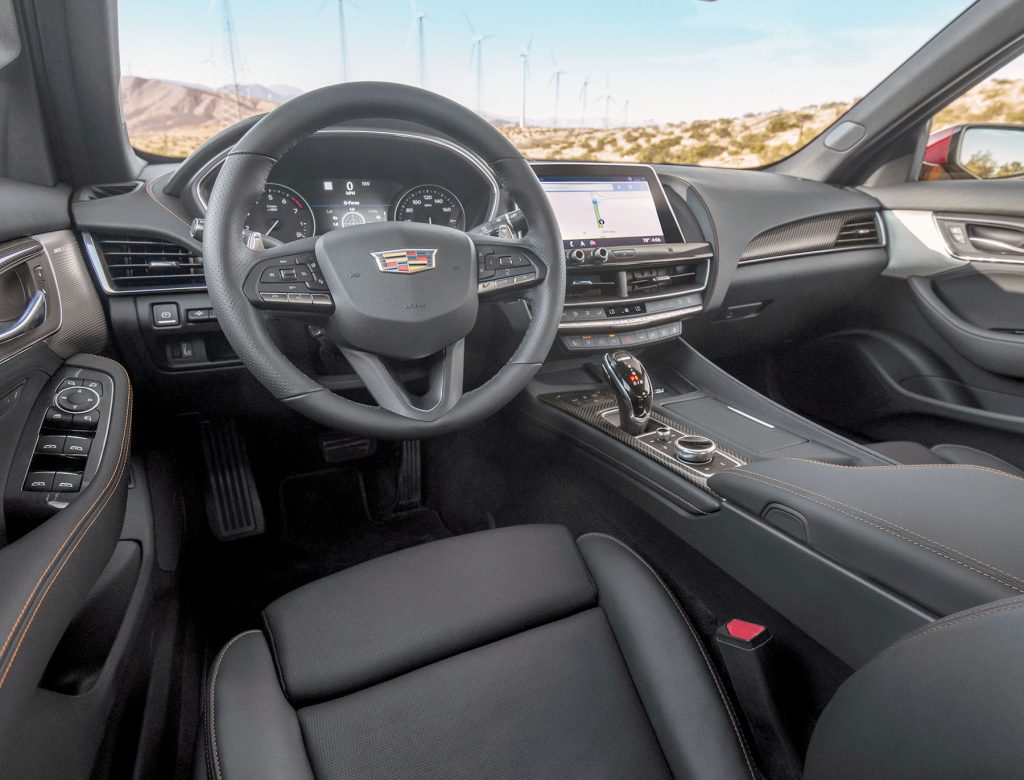 It might look like the normal CT5 interior, but there’s a Race mode and two levels of Sport mode,
paddle shifters and a little “V” button on the steering wheel the makes the car sound louder.
PHOTO: CADILLAC 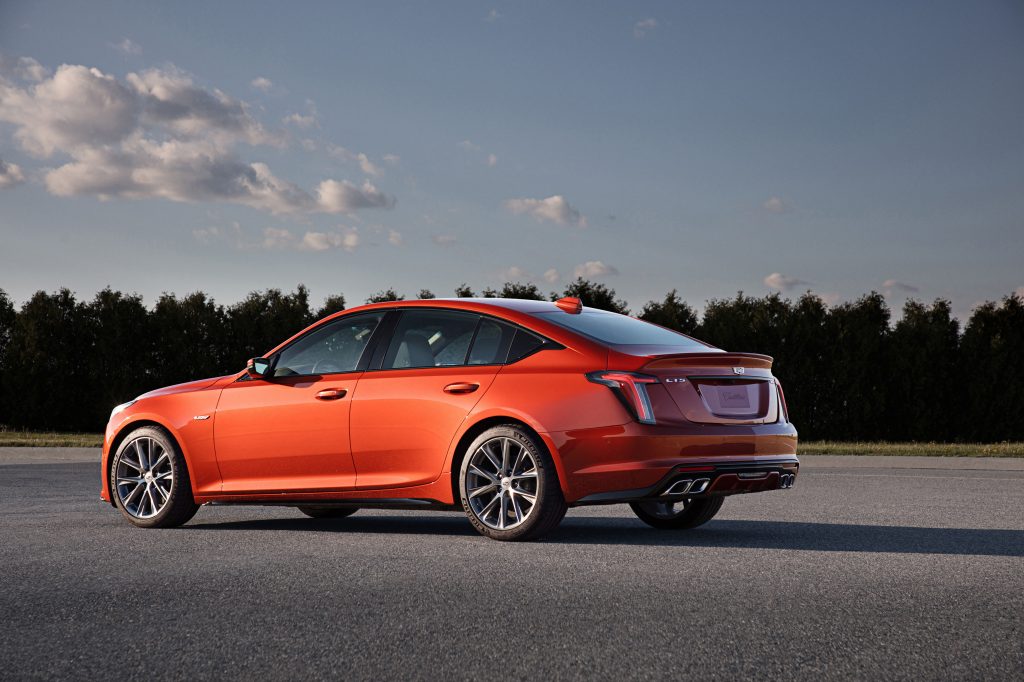 As a competitor to Audi, Mercedes-Benz, Lexus and BMW, the CT-5 has to look both tough
and sophisticated. The designers nailed this one.
PHOTO: CADILLAC