Turbocharging is one sure-fire way to increase the horsepower of smaller engines, which, if driven prudently, can return decent fuel economy. The only sticking point has been the frustrating time delay from when the accelerator is pressed to when the turbo begins to make noticeable boost pressure (known as lag). The Sleuth hears that Audi has solved this problem by adding an electronic compressor ahead of the turbo that spins up to 70,000 revolutions per minute. What does it do? Simply put, the compressor runs off a separate 48-volt lithium-ion battery, which Audi says is powerful enough to basically eliminate lag. In its initial application, the electric compressor will be installed in the 2017 Audi SQ7 tall wagon equipped with a twin-turbocharged diesel V8 that produces 435 horsepower and 664 pound-feet of torque. 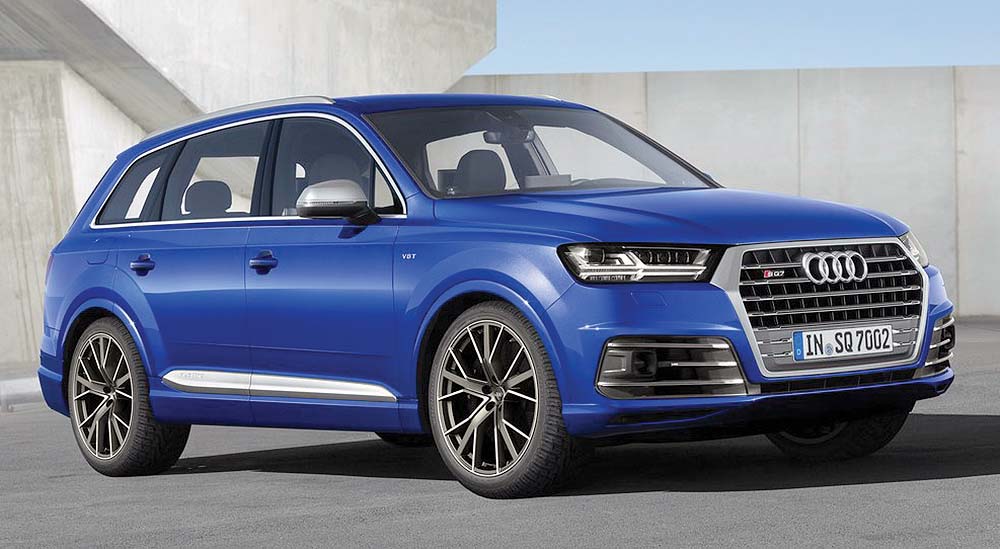 Audi says that a new electric compressor will make turbo lag a thing of the past. The compressor runs off a 48-volt battery and the first use will be in the SQ7.