In case you haven’t seen it, Comedians in Cars Getting Coffee is an unscripted online video series that features comedian Jerry Seinfeld. In each 12-15-minute vignette, he takes a different comic out for a drive and to a restaurant cup of java in a variety of sports, muscle and occasionally oddball cars for coffee. The third season of CICGC recently wrapped, and now The Sleuth hears that the show’s sponsor, Acura, has signed on for another six seasons (each season consists of about six consecutive weekly episodes). Three seasons are ready for viewing now at www.comediansincarsgettingcoffee.com/. Season 4 is already in production and will be available beginning this summer, followed by Season 5 this fall. Your Obedient Spymaster can’t wait for the show to start up again. 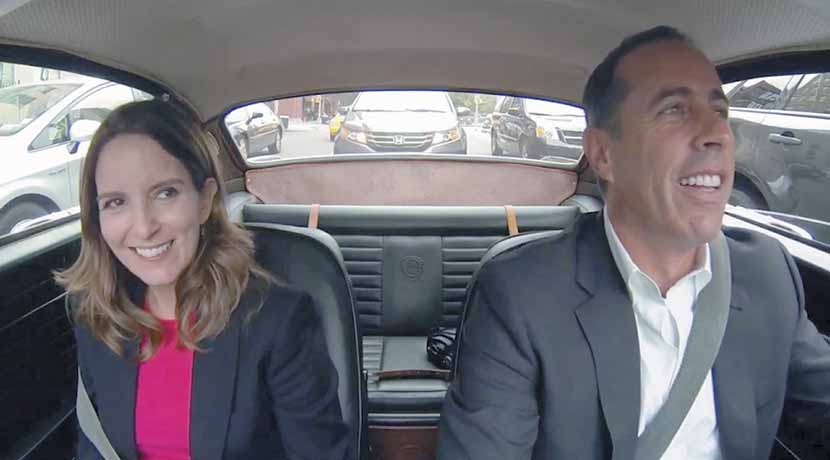 In each episode, Jerry Seinfeld goes for a ride in a car that he thinks best suits his guest – in this case comedian Tina Fey – and they get coffee. And talk. The show’s a total hit.