The Spymaster’s glimpse of the restyled 2017 Acura MDX that will arrive later this year clearly indicates that Honda’s premium division is finally moving away from the shield-style grille. In its most extreme form, the prow-like nose first showed up on the 2007 MDX wagon, followed by the 2009 RL, TSX and TL sedans (the latter being the most extreme example). The MDX’s new schnoz will look similar to that of the Precision Concept that was displayed at the recent 2016 North American International Auto Show in Detroit, Mich., and will be rolled out to other lineup members in due course. Also rumored are updates to the MDX’s powertrain plus a few new luxury touches. 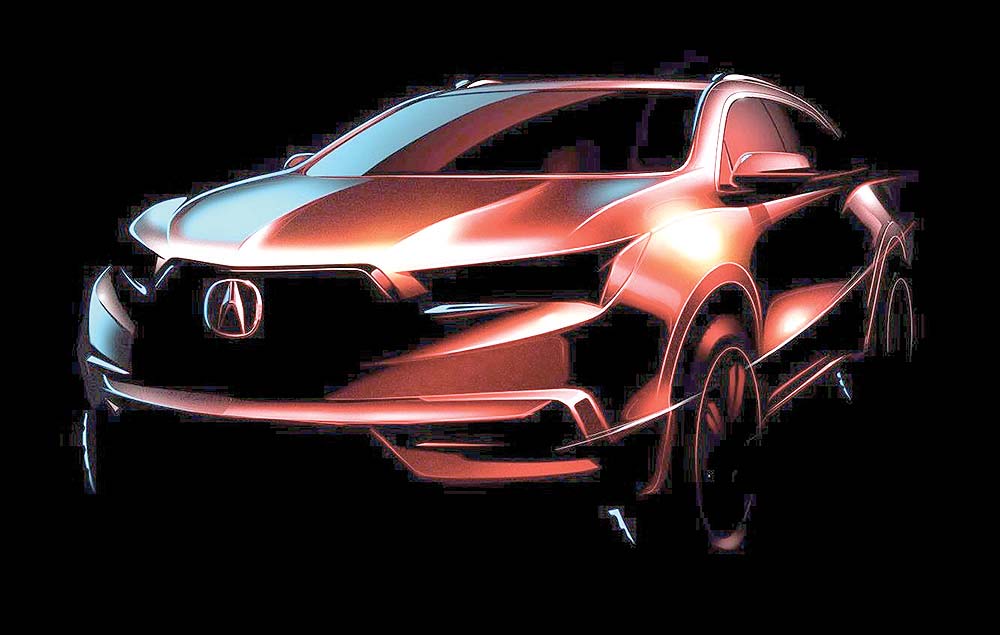 Acura will get more aggressive with the front-end look of its vehicles, dropping its current ‘shield’ motif. This is a sketch of the new MDX.