The Spy Guy wasn’t fooled one bit by the seductively shaped Genesis New York concept model on display at that city’s international auto show last spring. It was rumored to be the basis for an entry-luxury model (part of Hyundai’s new premium Genesis-brand lineup). However word has it that the finished car, called the G70, will be more conservatively styled. The compact sedan will come in rear- and all-wheel-drive variants and will employ a turbocharged four-cylinder as the base engine. A twin-turbocharged V-6 with an expected 365 horsepower will be the feature performer in a Genesis G70 Sport model. The Sleuth’s sources are also telling him that the G70 could eventually get a gasoline-electric hybrid option. Pricing in the low- to mid-$30,000 range is expected when the 2018 G70 arrives in about a year’s time. 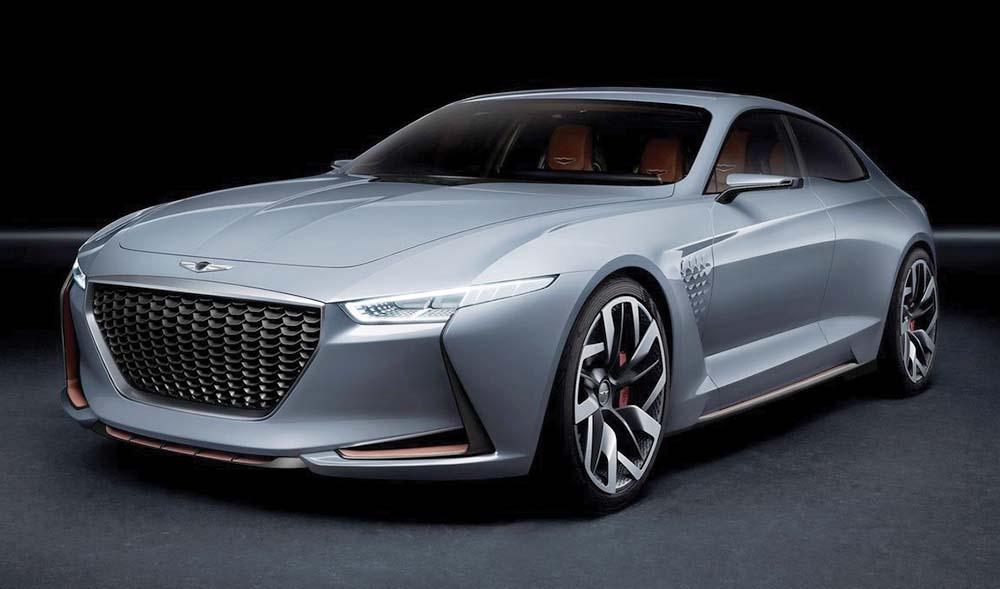 The new Genesis G70 will take its styling cues from this concept model and will arrive about a year from now. (PHOTO: HYUNDAI)