The Sleuth had to check his calendar to make sure it wasn’t April Fools Day when he spied Lincoln’s Navigator concept slowly rotating on a giant turntable at the recent 2016 New York International Auto Show. In place of the Nav’s four doors were two gigantic gullwing openings plus a series of three graduated power-operated running boards. The effect certainly startled the assembled media gawkers who quickly realized that the center-hinged wings were strictly for show. However what will be part of the new-for-2018 Navigator is an all-new (and lightened) frame plus an all-aluminum body that should knock several hundred pounds off the curb weight and make life easier for the vehicle’s 400-horsepower turbocharged V6. 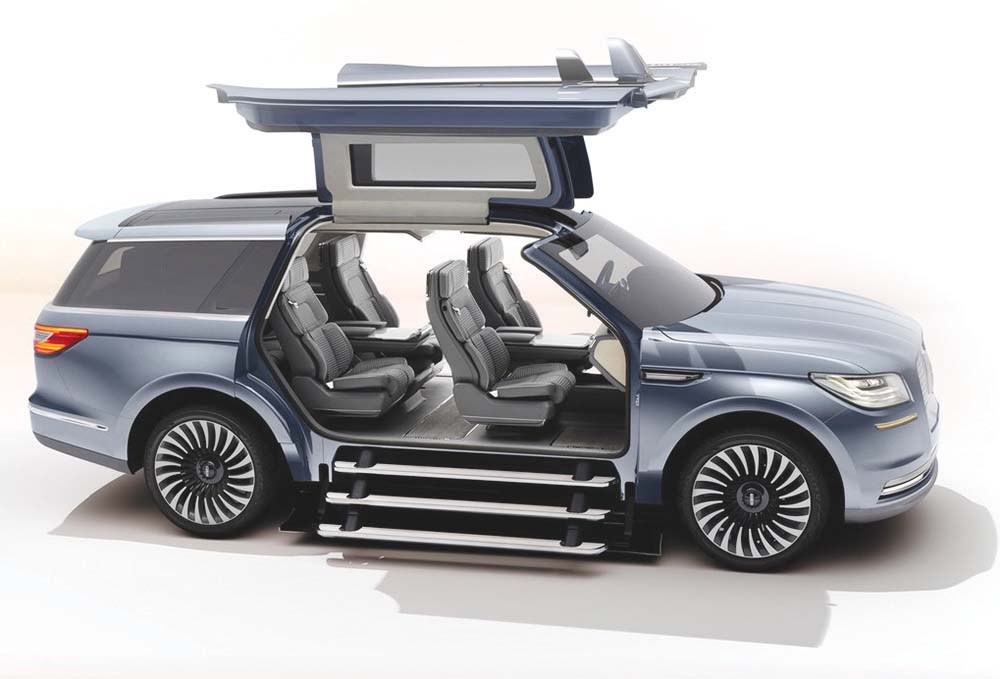 Most of the really neat features of the Navigator concept were just for show.