The Sleuth reckons you would have to be of a certain age to recall the Vanwall name. The race team begun by Englishman Tony Vandervell in the mid-1950s included Stirling Moss as principal driver. Vanwall’s greatest success came in 1958 when it won six races plus the Formula One Constructors’ Championship. It was the team’s final full season of competition. Now, a British firm is reviving the Vanwall name and plans to build six continuation-series race cars resembling the winner. Each will be fitted with a modern 270-horsepower 2.5-liter four-cylinder engine. The company behind the project will retain one of the cars to compete at historic race events, with the remaining five available for purchase at $2.14 million each. 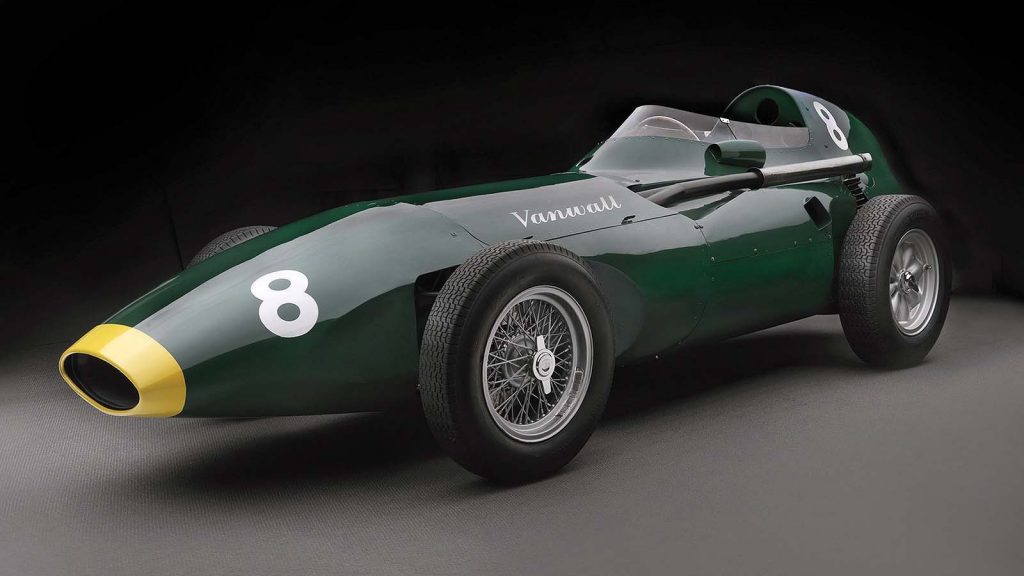 A British company will replicate six Vanwall Formula One cars from the 1950s. PHOTO: VANWALL