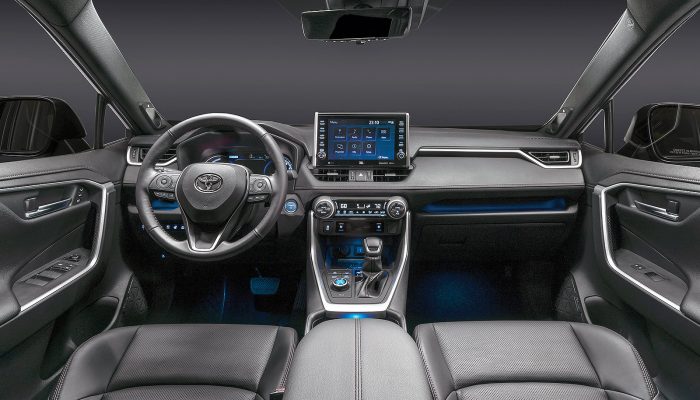 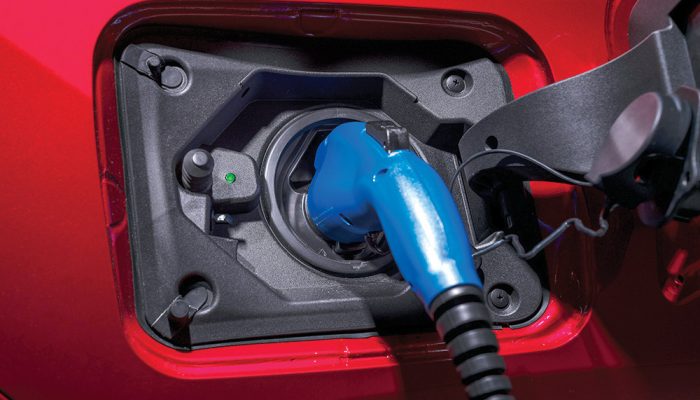 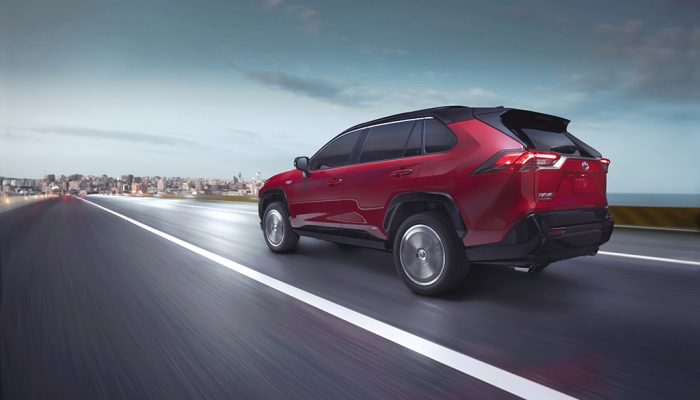 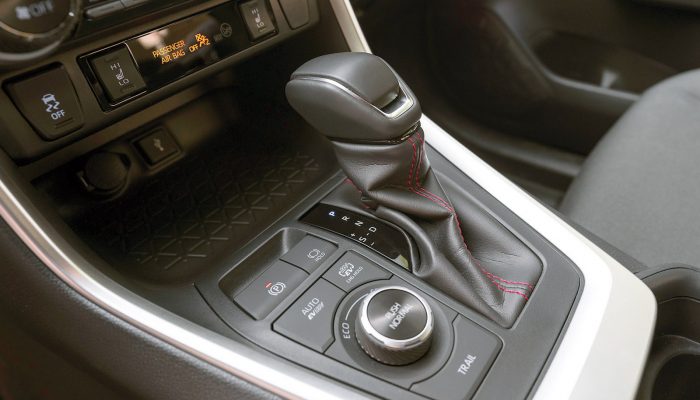 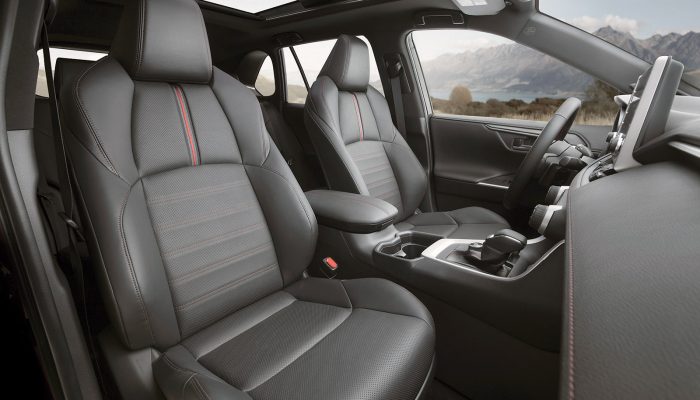 All-weather capability, top-level performance and exemplary fuel economy pretty much sum up of the 2021 RAV4 Prime. All three strengths confirm Toyota’s stature as the preeminent leader when it comes to hybrid powertrains.
Following the launch of the fifth-generation RAV4 for 2020, Toyota has followed up with the Prime for 2021. It’s part of an expansion of the brand that now includes the standard RAV4 Hybrid along with the RAV4 TRD Off Road with special suspension bits, tires and other add-ons to help tackle the rough stuff.
The RAV4 can attract a crowd with rugged good looks that are reminiscent of Toyota’s brutish-looking (and off-road-capable) 4Runner utility vehicle.
The RAV4 Prime is an all-wheel-drive hybrid, and it’s a plug-in, so it has more power and electric range than the regular RAV4 Hybrid. Of the Prime’s competitors, only the Ford Escape can be had with plug-in and non-plug-in systems, and the plug-in is front-wheel-drive.
Along with a 2.5-litre four-cylinder engine that’s used in all RAV4s, there are front and rear electric motors. Net output is 302 horsepower, 83 more than the standard RAV4 Hybrid.
The Prime also outmuscles the competition by a significant margin.

Fully charged, the Prime can operate for up to 68 kilometres on battery power alone, according to Toyota. The l/100 km-equivalency rating is 2.5, calculated using the average cost of a charge and the distance that will take you.
In regular hybrid mode, the electric motors assist the four-cylinder to the tune of 5.7 l/100 km in the city, 6.4 on the highway and 6.0 combined. The non-hybrid RAV4 AWD is rated at 9.4/7.1/8.4.
Plugged into a 120-volt outlet, the Prime takes about 4.5 hours to charge, or roughly 2.5 hours when using a 240-volt outlet. That’s not bad to get 68 kilometres of range, which is likely more than what’s needed for the average daily commute. If you forget to plug it in, the Prime won’t leave you stranded because it’s also a regular hybrid that runs on gasoline.
As with nearly all hybrids, the Prime uses a regenerative system that converts kinetic energy to electrical energy when coasting or braking. It does help replenish the batteries, but in the Prime’s case, the brakes tend to be grabby.
Beyond its fuel frugalness, the Prime loves to kick up its heels. According to Toyota, zero-to-60-mph (96 km/h) takes 5.8 seconds, which is two seconds quicker than the non-plug-in hybrid.
Considering the Prime weighs about 340 kilograms more than a non-hybrid RAV4, the acceleration is remarkable.
As with the rest of the RAV4 lineup, the Prime uses a continuously variable transmission with eight built-in steps. With it, there’s plenty of engine roaring under full throttle, but that’s a small price to pay considering its contribution to fuel efficiency.
The base Prime SE starts at $47,000 (including destination fees), which is about $12,000 more than the regular Hybrid. That includes amenities such as heated front seats, eight-way power driver’s seat, roof rails, a power liftgate and 18-inch wheels. Toyota’s Safety Sense suite is also standard and includes adaptive cruise control, autonomous emergency braking, lane-departure warning, pedestrian detection and automatic high-beam headlights.
The XSE differentiates itself with steering-wheel-positioned paddle shifters, a power moonroof, faux-leather seat covers, wireless phone charging and 19-inch alloy wheels.
An optional XSE Premium Package includes a JBL-brand sound system, navigation, panoramic moonroof and a 360-degree surround-view monitor.
The RAV4 Prime is the quickest and most fuel-efficient utility vehicle in its class, which gives it a leg up and buyers plenty to brag about. Dialing in all-wheel-drive functionality makes this Toyota the total package.

What you should know: 2021 Toyota RAV4 Prime 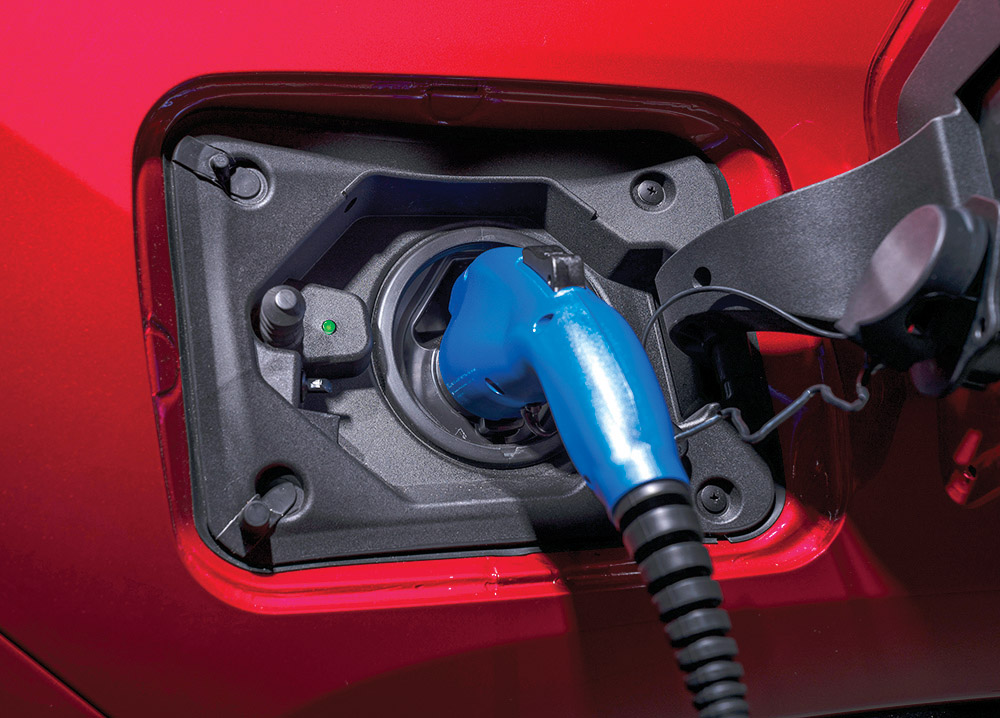 It takes about 4.5 hours using 120-volt household current to fully charge the Prime’s battery pack.
That gets you a claimed maximum electric range of 68 kms.
To use all 302 horsepower requires the assistance of the internal-combustion engine, however.
PHOTO: TOYOTA 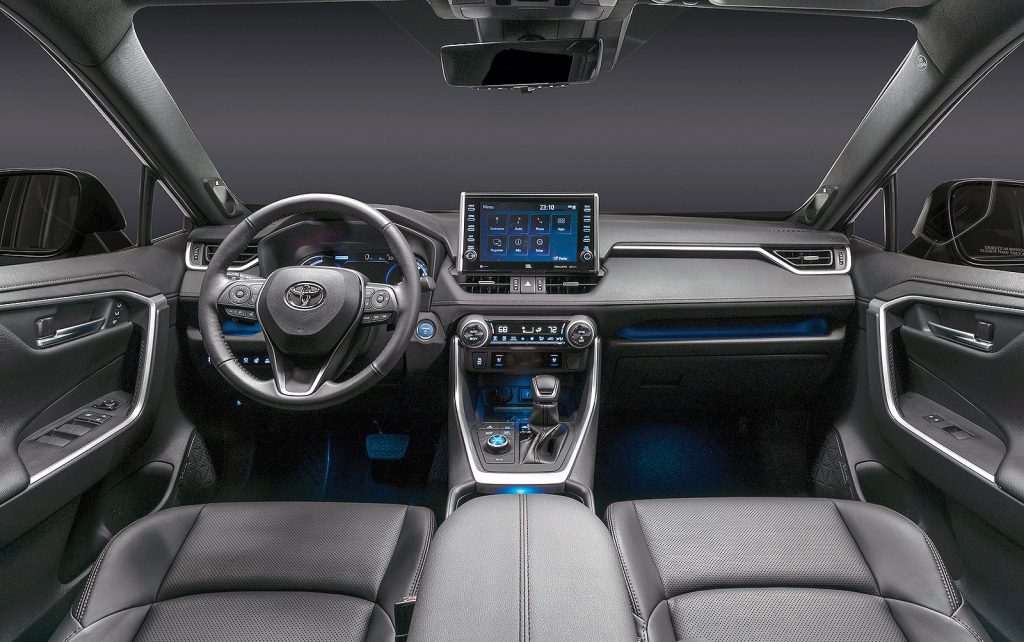 The RAV4 Prime piggybacks on the redesign of the RAV4 for the 2020 model year. It makes for an elegant off-roader.
Yes, the torque-rich Prime is all-wheel-drive and has a trail mode. PHOTO: TOYOTA 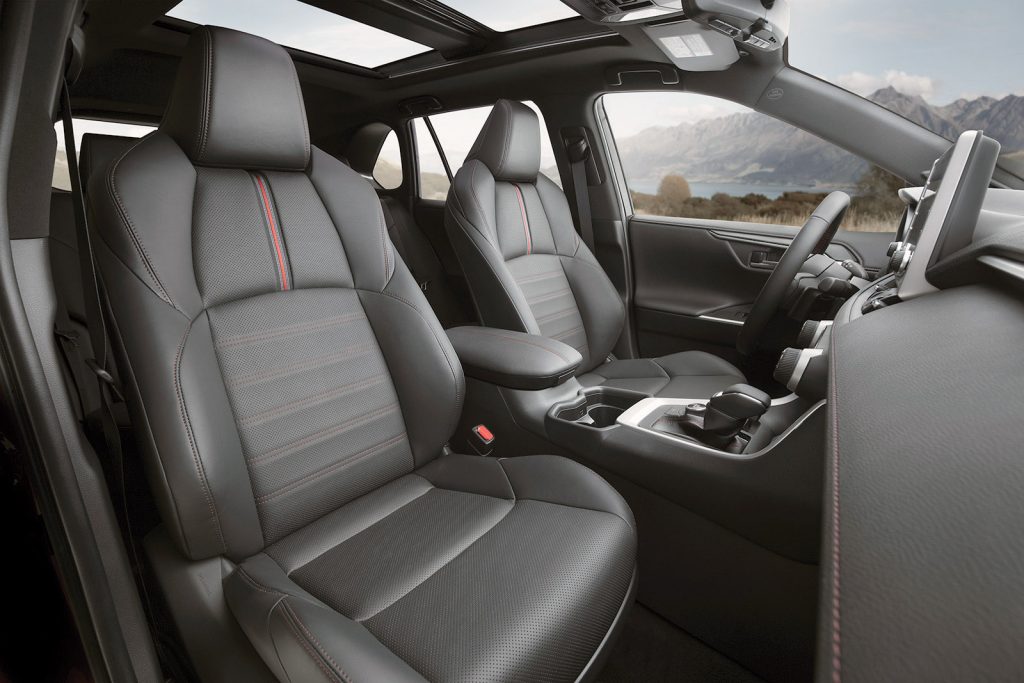 With 302 horsepower, the RAV4 Prime is a sporty machine that can zip to 60 mph (96 km/h) from rest in less than six seconds,
so it’s important for the interior to look the part. PHOTO: TOYOTA 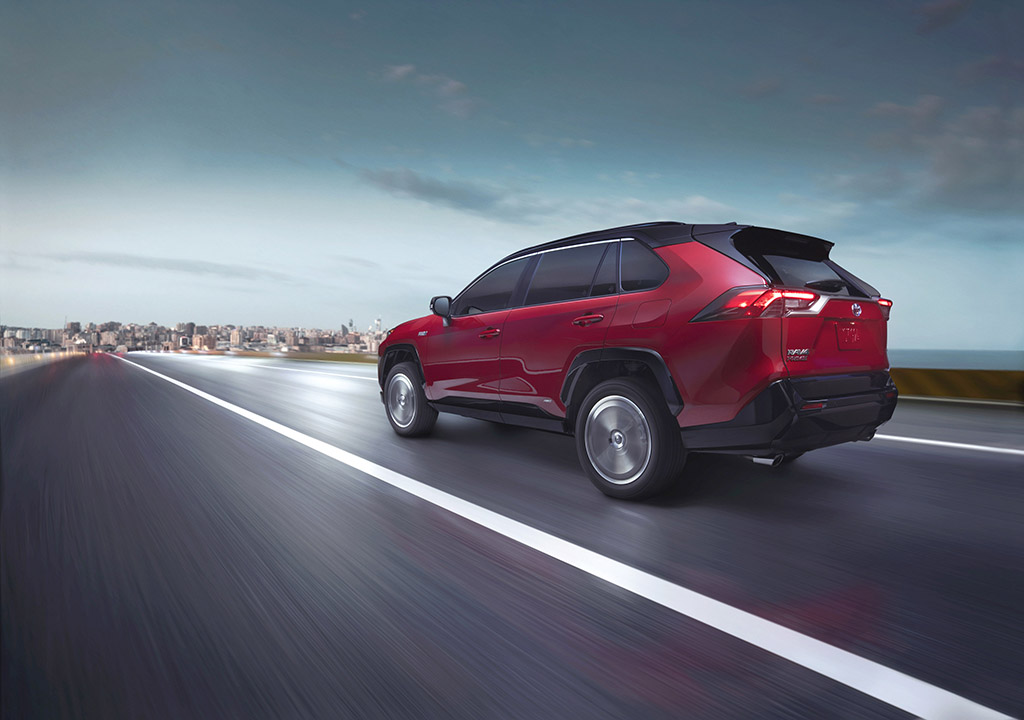 In EV mode, the RAV4 Prime is rated at 2.5 l/100 km equivalency. As a regular hybrid that has two electric motors
and a 2.5-litre four-cylinder engine, it’s rated at 6.4 on the highway and 5.7 in the city. PHOTO: TOYOTA

2021 MAZDA CX-9: Possibly the closest thing to a seven-passenger sports car for the masses