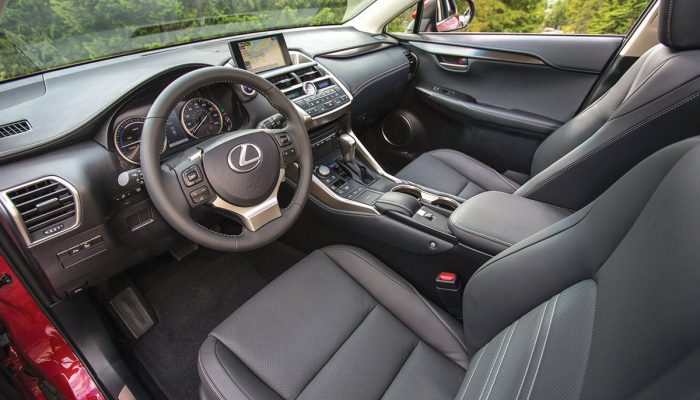 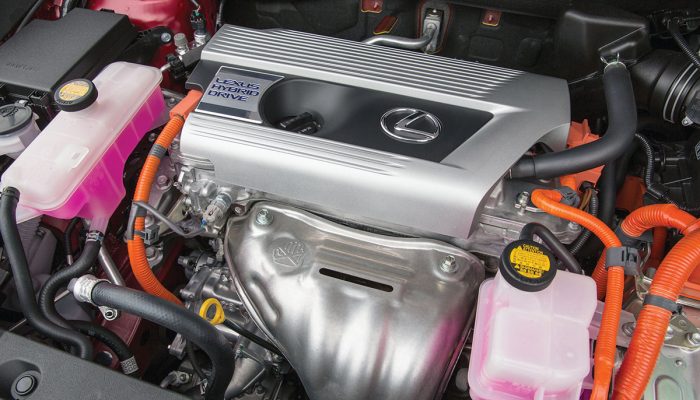 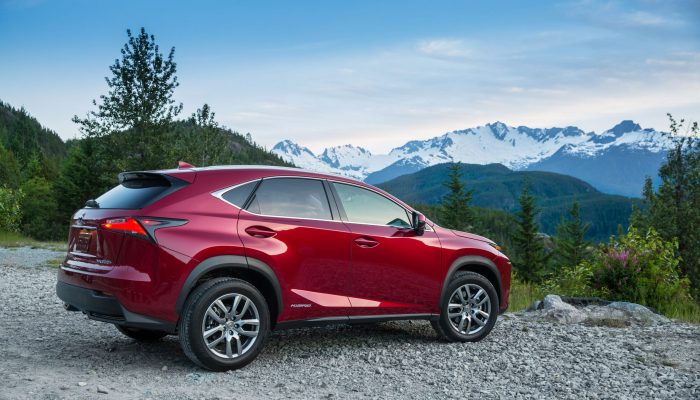 The NX 300 and NX 300h hybrid that arrived for the 2015 model year have the honour of being the first Lexus compact utility vehicles.
Back then we wrote, “If it’s anonymity you’re after, you had better pick something else.” The same holds true today as the NX is still its own very unique animal.
In the brand’s current pecking order, the NX is 25 centimetres shorter than the RX and four inches longer than the UX, which arrived for 2019. The NX’s distance between the front and rear wheels is 13 centimetres less than the RX’s.
As before, the NX’s oversize spindle grille absolutely dominates the front end and is typical for the brand. The rest of the body is replete with knife-edge bumps and angles that extend all the way back to the rear hatch.
The interior has a central four-dial gauge cluster, redundant pushbuttons on the steering wheel plus numerous — and we mean numerous — switches on the instrument panel for the various climate controls and audio system. A centrally located analog timepiece adds a touch of class.
The infotainment system is operated by way of a touchpad on the centre console, which might not be to everyone’s liking and could prove distracting. Protruding from the dashboard is an 8.0- or available 10.3-inch touch-screen that’s part of the optional navigation system.
The standard eight-speaker audio system can be upgraded to a premium 14-speaker Mark Levinson setup with 835 watts.
One interesting feature is the optional Active Sound Control that allows you to dial in artificially enhanced (and somewhat raucous) engine noises through the audio system. It’s fun to try, but will likely wind up in the off position so as to enjoy the quietness of the hybrid’s cabin.
The NX 300h is close to equal to the non-hybrid 300 in terms of cargo space behind the rear seat, and provides extra room below the load floor for stashing small items.

The hybrid’s 2.5-litre four-cylinder engine is augmented by three electric motors; two that directly assist the engine and a third to drive the rear wheels. Total system output is 194 horsepower.
A continuously variable transmission with paddle shifters on the steering column controls 10 built-in “steps.” They do a more than adequate job of mimicking a geared automatic and really improve on-demand acceleration.
Fuel consumption is rated at 7.2 l/100 km in the city, 7.9 on the highway and 7.5 combined. The non-hybrid NX 300 with its 235-horsepower turbocharged four-cylinder is pegged at 10.7/8.5/9.7. You might notice that the hybrid’s city number is about 33 per cent lower.
Lexus rates the NX 300h’s zero-to-60-mph (96 km/h) time at a leisurely 9.1 seconds. The NX 300 lops two seconds off that, mainly due to its more potent engine and the weight difference; the hybrid has 60 kilograms of battery (for a total of 1,900) to lug around.
Set to Normal operating mode — essentially a comfort and economy setting — the hybrid feels slow and the steering lacks precision. Dial it to Sport mode and it’s a different story. Acceleration is noticeably brisker and the steering feedback feels direct. This would be our “normal” mode.
The standard all-wheel-drive sends torque to rear wheels only when driving conditions warrant. AWD also is standard for the nonhybrid, but it’s a different system with no rear electric motor.
At a $49,200 base price including destination charges ($2,500 more than the NX 300), the 300h is excellent value and arrives with plenty of standard equipment and an array of active-safety technologies such as emergency braking, pedestrian detection and blind-spot warning. Parking assist with automatic braking is optional.
The $60,450 NX 300h with the F Sport Black Line option is new for 2021. It comes with unique 18-inch wheels, blacked-out trim, aluminum pedals, sport-style steering wheel and leather-trimmed seat coverings with more front-seat bolstering.
The F Sport doesn’t add performance, but that’s not the point with this Lexus. It instead relies on crisp fashion-show styling, economical operation and affordable price as primary attention grabbers. 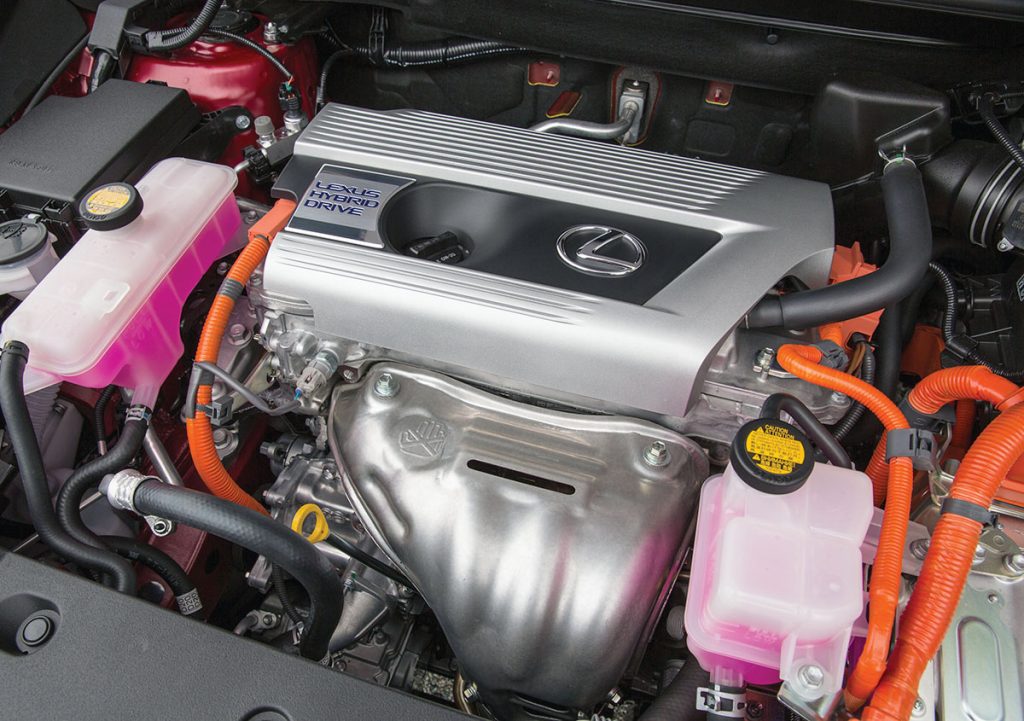 The 2.5-litre gasoline engine is assisted by two electric motors. A third motor drives the rear wheels.
Output is 194 horsepower, while the non-hybrid 300 is rated at 235 horsepower.
PHOTO: LEXUS 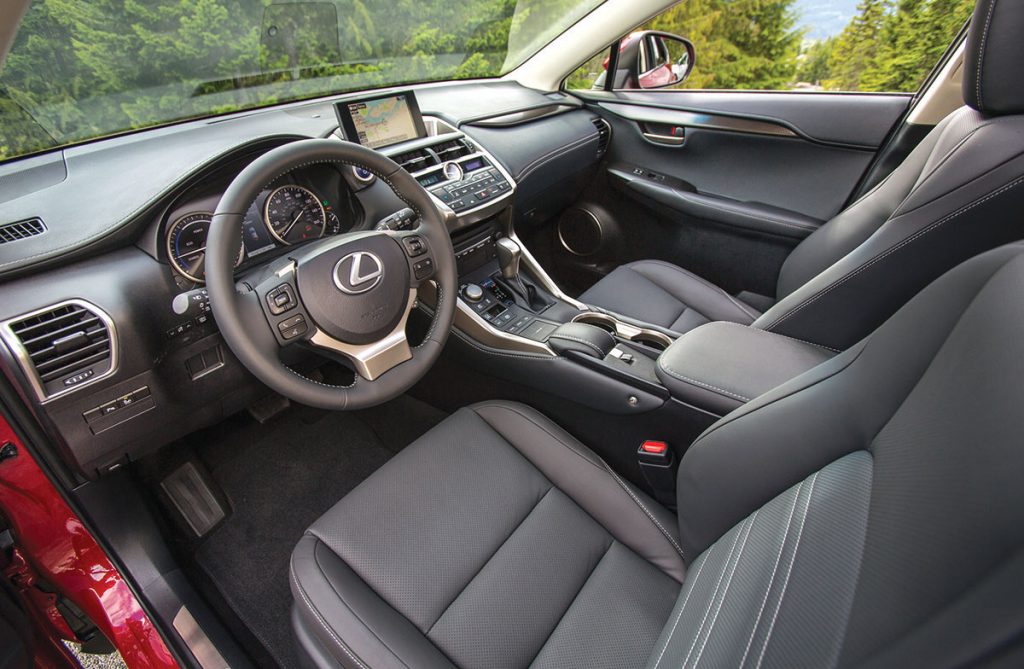 The centre stack/console is very busy with buttons, switches, knobs, a shift lever, a dial clock
and a touchy track pad that controls the screen functions. We would suggest you not fiddle with this while driving,
at least until you get used to it.
PHOTO: LEXUS 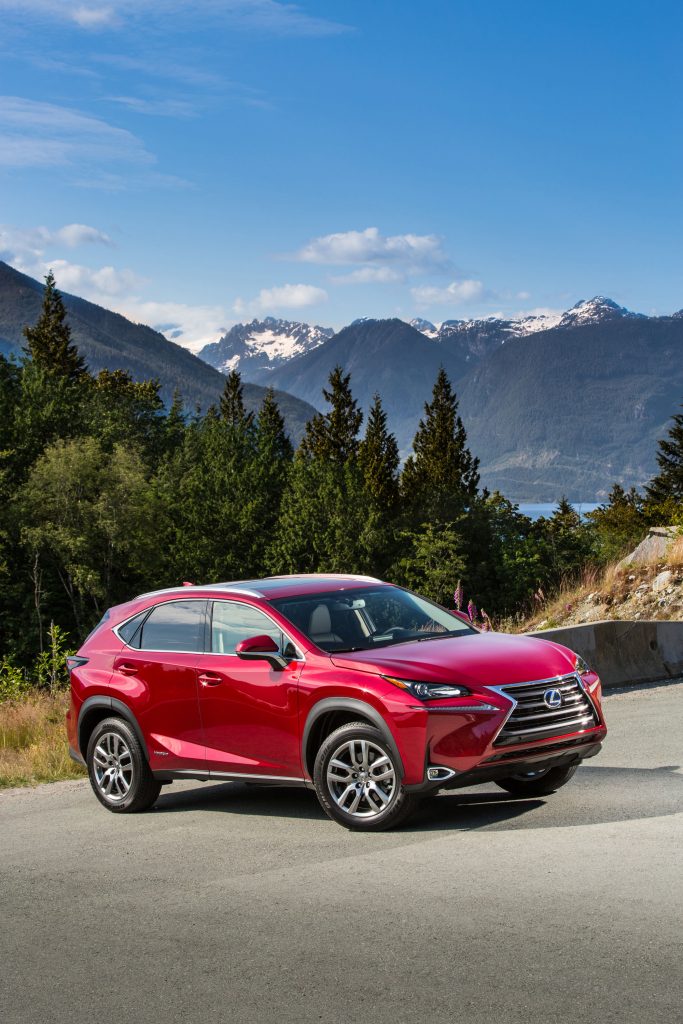 The NX 300h’s styling is loaded with dips, dives, creases and sharp edges. It looks a lot sportier than
it really is with a zero-to-60-mph (96 km/h) time of a leisurely 9.1 seconds. The important number, however,
is the in-city fuel-economy number that’s 50 per cent better than the nonhybrid’s.
PHOTO: LEXUS

Toyota Venza hybrid
Base price: $40,300
New 2021 model is less luxurious than the NX but is spacious and fuel-efficient.