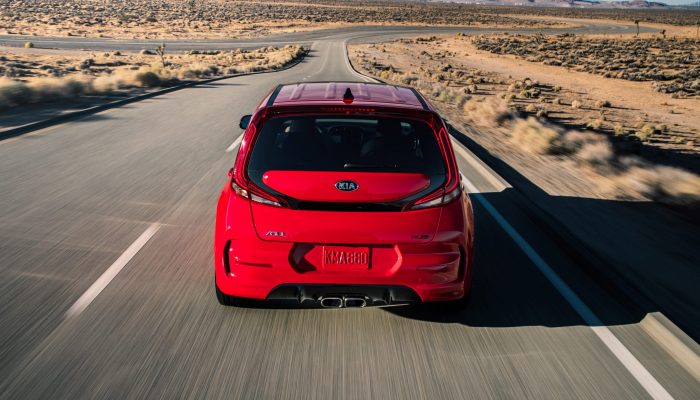 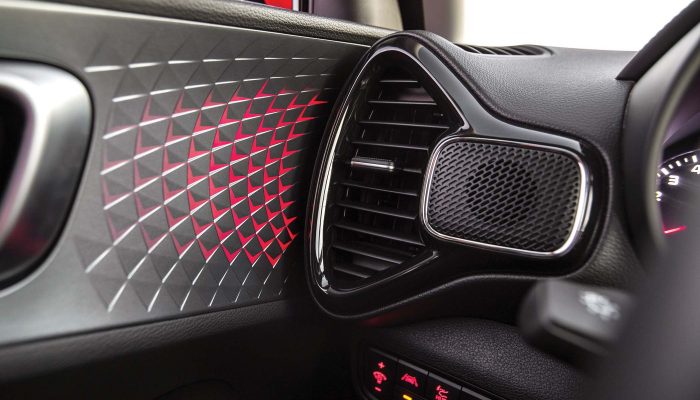 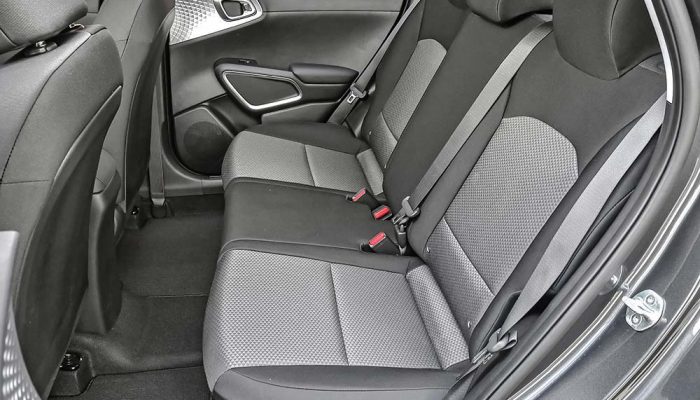 The Soul does the utility-vehicle dance differently than just about every other nameplate on the market. It’s a formula that has been attempted by other automakers — think about the Honda Element — but none as successfully as Kia’s smash-hit funky wagon.  The urban runabout was designed primarily for the youth market, but has wound up in the driveways of wider swath of buyers since its 2010-model-year launch. The Soul’s attention-getting bodywork was updated four years later and for the 2020 model year the vehicle receives a complete overhaul, including a new structure, updated content and revised powertrain choices.

The new Soul retains the quirkiness of previous models, but the front end — previously the least-attractive spot — now displays a minimal grille above a large air intake that appears influenced by current Toyota models. There are also slimmed-down headlights and dominating running light/fog light pods positioned below a rounder hood. Somehow, Kia’s designers found a way to make these disparate features sync together.  Vertically shaped taillights are conjoined to a light bar extending across the roofline that almost completely encircles the wider hatch opening, providing a squared-off appearance.  The interior has likewise been updated, with modern graphic displays for the gauge cluster and an available 26-centimetre touchscreen. The previous dual speakers that were set about dashboard’s air vents have been relocated to the front door panels and are part of an available mood-lighting system. Its six different settings, with names such as Party Time, Romance, Hey! and Midnight City, will pulse to the beat of whatever music being played through the audio system.

The 2020 Soul receives a lighter and stiffer platform that results in the car’s capacities changing, however slightly. Overall length increases by about five centimetres and the distance between the front and rear wheels gains a bit more than an 2.5 centimetres. Likewise, cargo capacity behind the rear seat is up a touch, while both body width and height remain unchanged.  Ground clearance measures 17 centimetres, or slightly more than that of the previous model. This despite the fact that the Soul remains a front-wheel driver and is not designed to go off road.  The bottom line: The Soul is just as spacious as it has always been, with plenty of head and legroom for even the tallest occupants and a commanding view of the surrounding scenery.  The Soul’s three available engine picks have been reduced to two for 2020.

The previous base 130-horsepower 1.6-litre four-cylinder and the optional 161-horsepower 2.0-litre four-cylinder have been replaced by a single (and new) 2.0-litre that makes 147 horsepower and 132 pound-feet of torque.  The optional turbocharged 1.6 carries over from 2019 at 201 horsepower and 195 pound-feet of torque. A six-speed manual transmission is standard in the base Soul LX, while a continuously variable unit (CVT) is available on that trim and is standard with the S, X-Line, EX and GT-Line 2.0L.

The EV and the gasoline-powered Souls are indicative of Kia’s efforts to keep the boxy attention-getter as a popular pick in its class, even if that class has only one bona fide member. 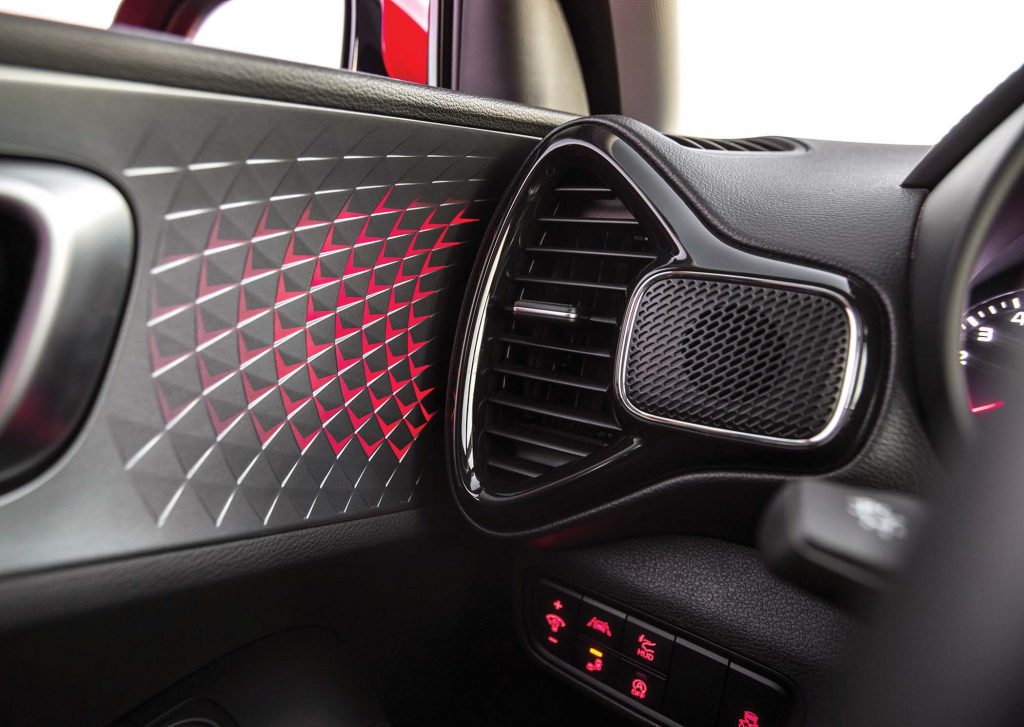 The available mood-lighting system has six settings that pulse to the beat of the
music being played through the audio system. PHOTO: KIA 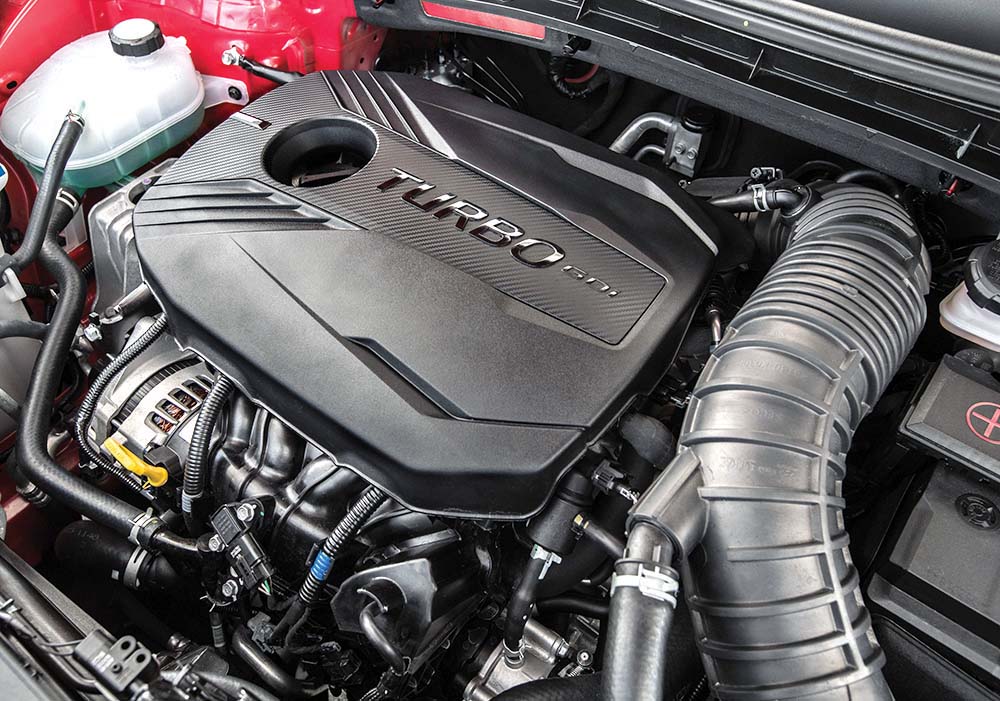 A new 2.0-litre four-cylinder base engine replaces the previous 1.6 and 2.0,
while the optional turbocharged 1.6 carries over from the 2019 model. PHOTO: KIA 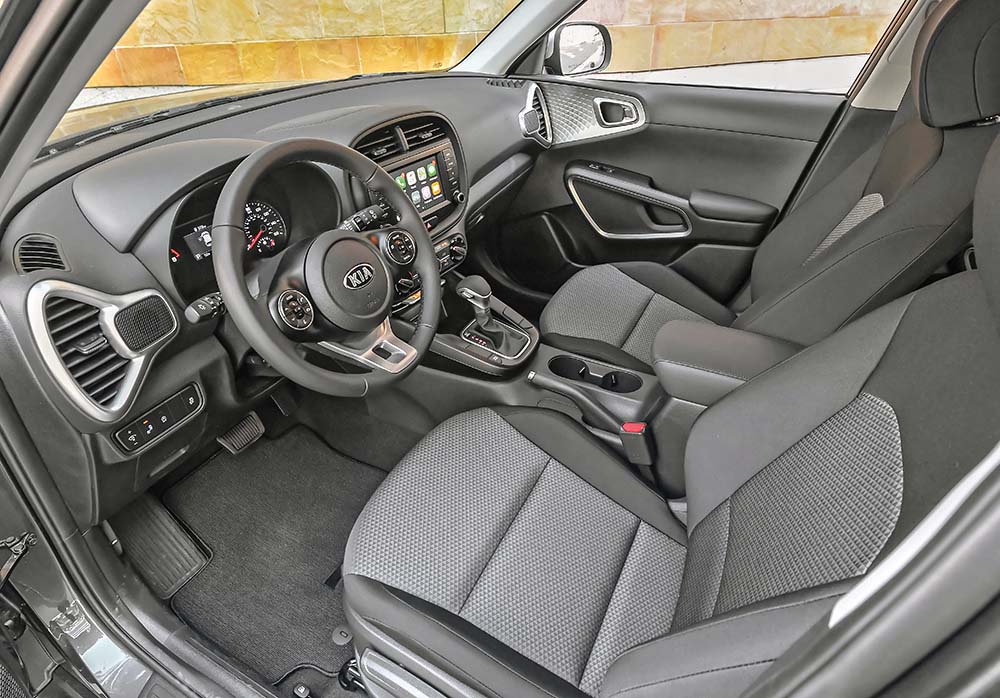 The interior gets new graphic displays for the gauge cluster and an available
26-centimetre touch-screen. The round button hubs on the steering wheel and the fan-shaped
vents on the dash fit the unique stature of the Soul. PHOTO: KIA 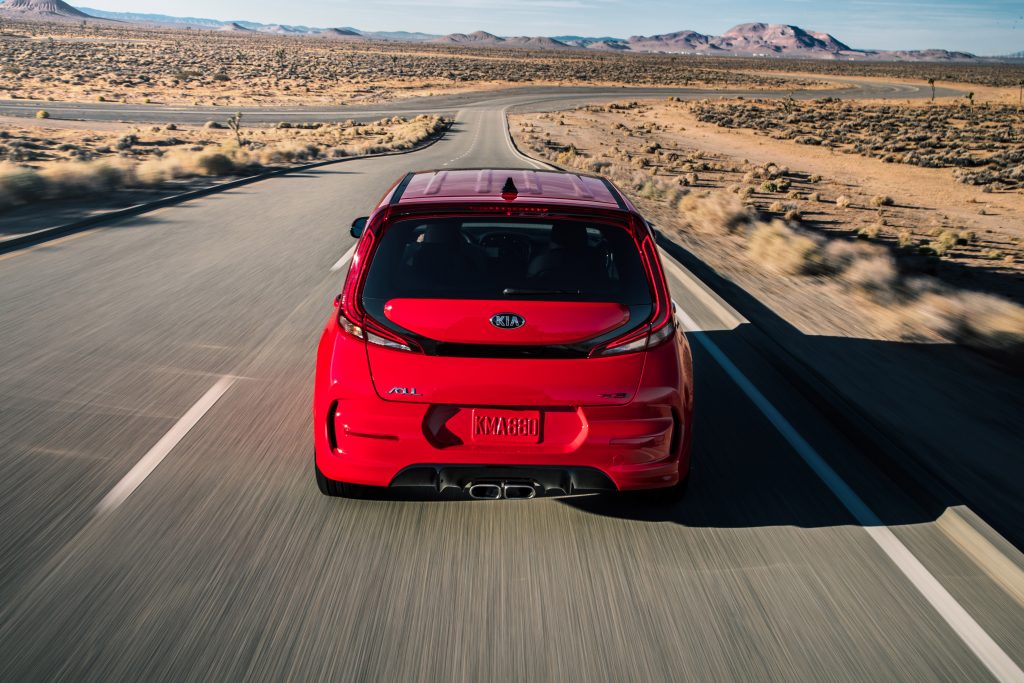 The modernization of the Soul’s exterior includes a fantastic band of lighting surrounding
the liftgate. The front end is in step with the look, although the size of the lower grille
opening is quite disproportionate. PHOTO: KIA