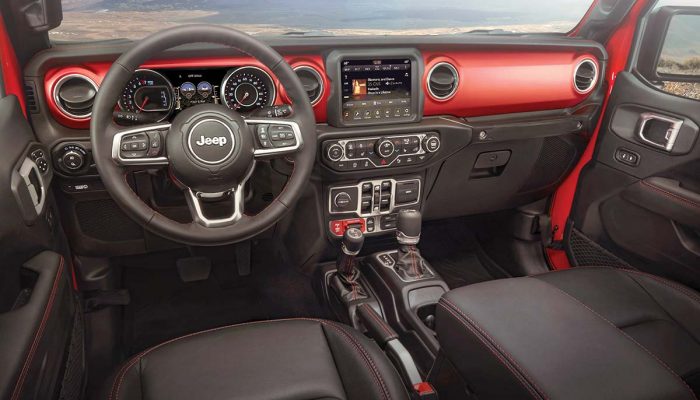 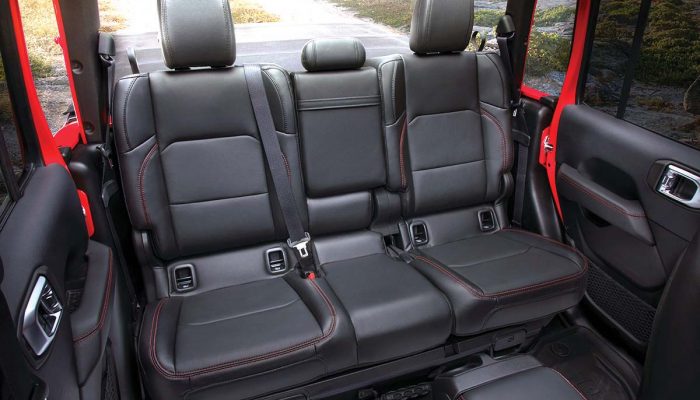 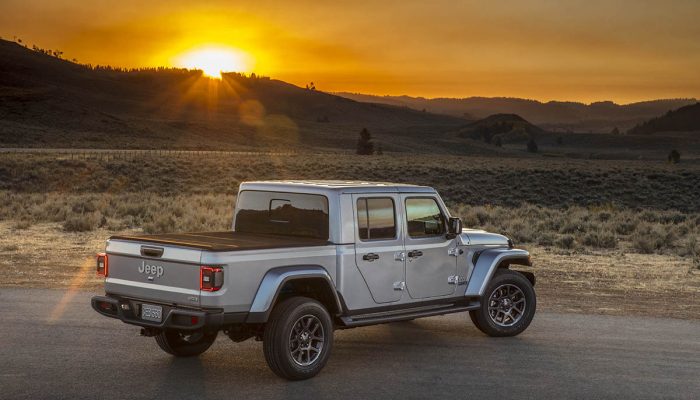 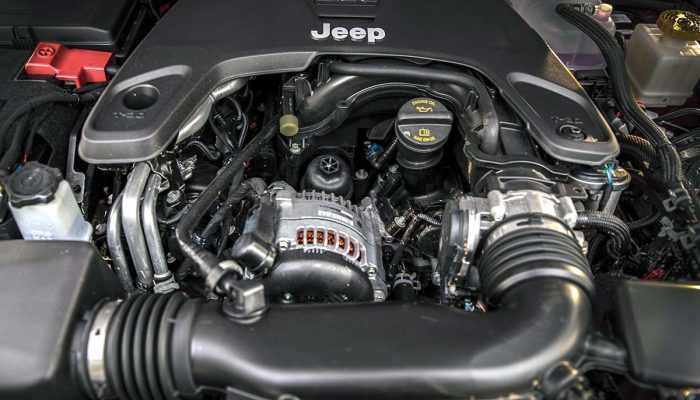 The four-door Wrangler Unlimited has spawned the Gladiator pickup, a vehicle that delivers a greater degree of utility, from a brand with a history of off-road competency.   The Jeep division of Fiat-Chrysler Automobiles is no stranger to pickup production, having built various generations of them dating back to the original 1947 Willys Overland.
From the front, the Gladiator looks like any other Jeep Wrangler, with a traditional slotted vertical grille, round headlights and a stout bumper. Behind the second-row seat is a five-foot-long box that’s capable of transporting up to 730 kilograms of ATV, dirt bikes, camping gear and/or just about anything else you can imagine. Trailering capacity with the proper tow package tops out at 3,480 kilograms.

To make the Gladiator, Jeep built a new — and stronger — frame, longer than the Wrangler Unlimited’s by nearly 80 centimetres. This was necessary to have a decent-sized box and the capability to put heavy things in it. As such, the Gladiator has a best-in-class tow rating.  The distance between the front and rear wheels is increased by about 50 centimetres. The result is a smooth visual transition from passenger compartment to pickup bed. The Gladiator doesn’t look like a Wrangler with a truck box slapped on the back.  As with other Wranglers, the Gladiator’s removable doors, hood, fenders, tailgate and fold-down windshield frame are made of aluminum. The Gladiator also matches other Wranglers with an ability to ford water up to 75 centimetres deep, although with a longer wheelbase, there’s a slightly greater chance of being high-centred going over obstructions (like a teeter-totter).

The steel hardtop can be unbolted and replaced with an optional folding soft-top, or with a hardtop with dual removable roof panels that lets the sun shine over the front seats. A sliding rear-window is standard for either hard top.  A spray-on bed liner and soft tonneau cover can also be added.  The interior is pretty much a walkover from the other Wranglers, including a colour-keyed dashboard with a myriad of knobs and switches, along with a standard touchscreen for the infotainment system. The split-folding rear seat has storage compartments beneath the cushion as well as behind the seat back.  The standard 3.6-litre V-6 — 285 horsepower and 260 pound-feet of torque — will be familiar to Wrangler fans. Coming later in the model year, however, is a 3.0-litre V-6 turbo-diesel option with 260 horsepower and 442 pound-feet. Note that the Wrangler’s turbocharged 2.0-litre four-cylinder gasoline engine is not available.

A six-speed manual transmission or optional eight speed automatic can be harnessed to the V-6, while the auto box will be standard with the turbo-diesel.
Fuel consumption for the 3.6 is pegged at 13.7 l/100 km in the city, 10.7 on the highway and 12.3 combined (automatic transmission).  Four-wheel-drive is standard, with two systems available, depending on the model. Command-Trac, which comes with Gladiator Sport and Overland trims, has a two-speed transfer case with low-range gearing. The Rock-Trac system in the Rubicon has locking front and rear differentials plus steeper low-range gearing for crawling up and down sharp inclines.  Pricing for the base Sport trim starts at $47,400, including destination charges. It comes reasonably well turned out, but you’ll need to pony up a few more dollars for the Overland trim to get power windows and door locks, push-button start, side steps, all-terrain rubber and other niceties.  Along with the Rock-Trac 4×4 system, the off-road thrashing Rubicon adds heavy-duty front and rear axles, specific Fox-brand shocks, high clearance fender flares, protective skid plates, dual front and rear tow hooks and 18-inch wheels (17s are standard).

As well as the available hard tops, the options list includes leather-trimmed seats, nine-speaker Alpine stereo and all available active-safety technology, such as autonomous emergency braking and blind-spot warning.  Early indications are that the Gladiator will be a smash hit, even though it’s priced as premium player in the midsize pickup category. A premium player with pedigree and unrivaled off-road experience, that is.

What you should know: 2020 Jeep Gladiator 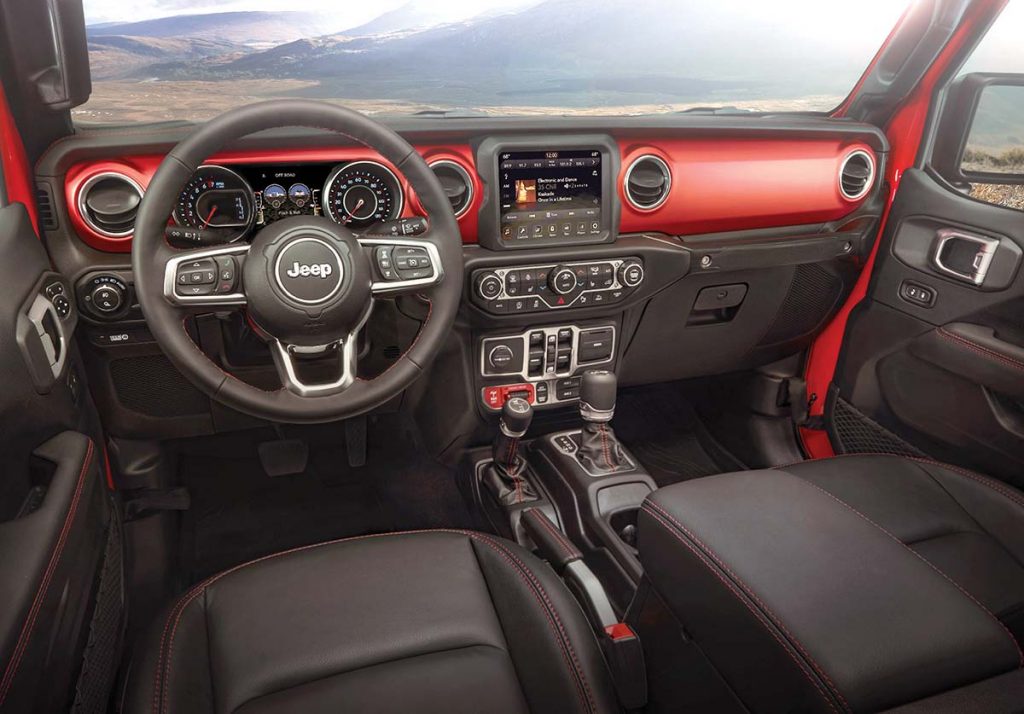 The dash layout of the Gladiator looks like that of any other Wrangler,
which is to say it’s a busy spot. Note that one shift lever is for the transmission
and the other is for operating the transfer case for high-low gear range. PHOTO: FCA 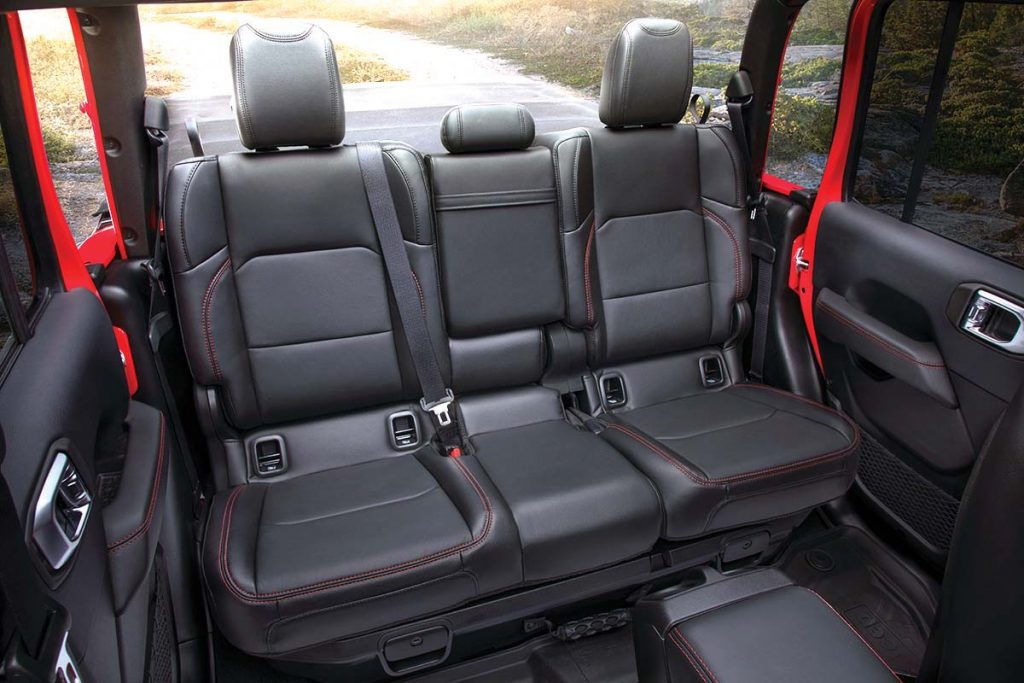 The Gladiator’s rear seating can hold three adventuresome individuals,
although its optimized for two. PHOTO: FCA 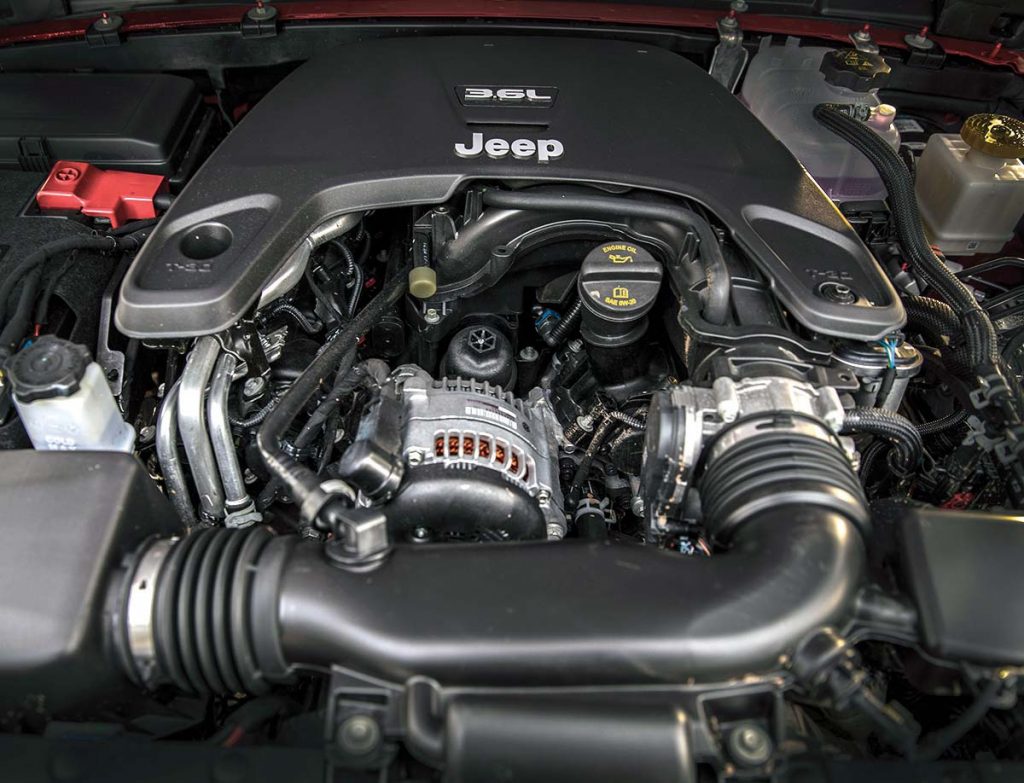 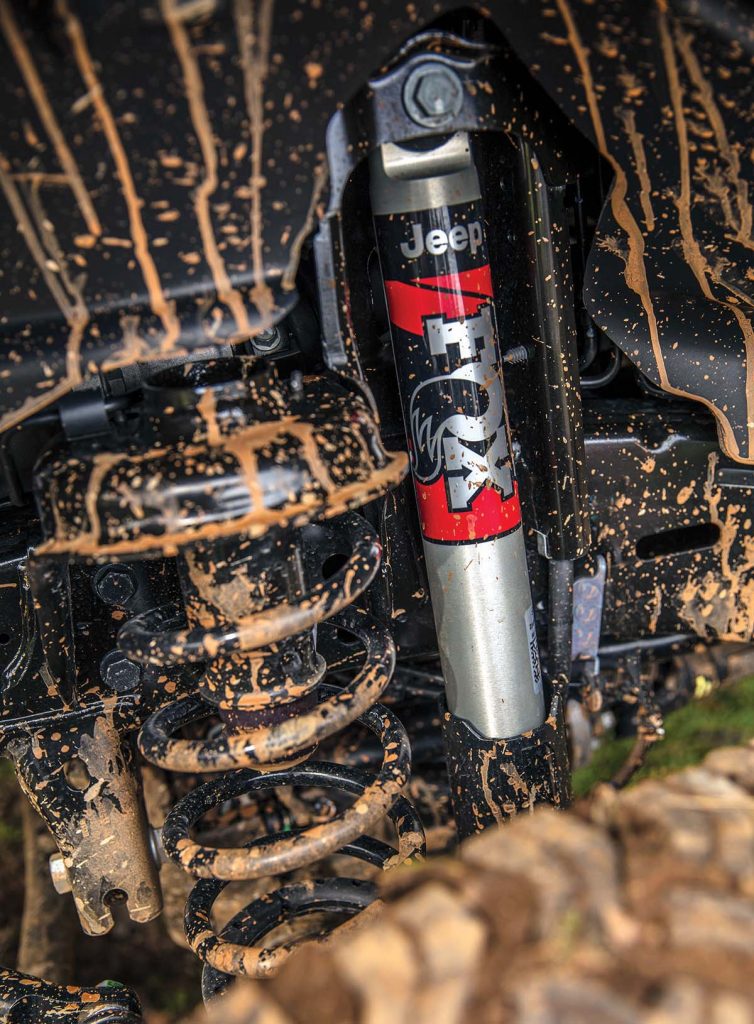 The most capable of all Gladiator models is the Rubicon with its
Fox-brand shock absorbers. PHOTO: FCA 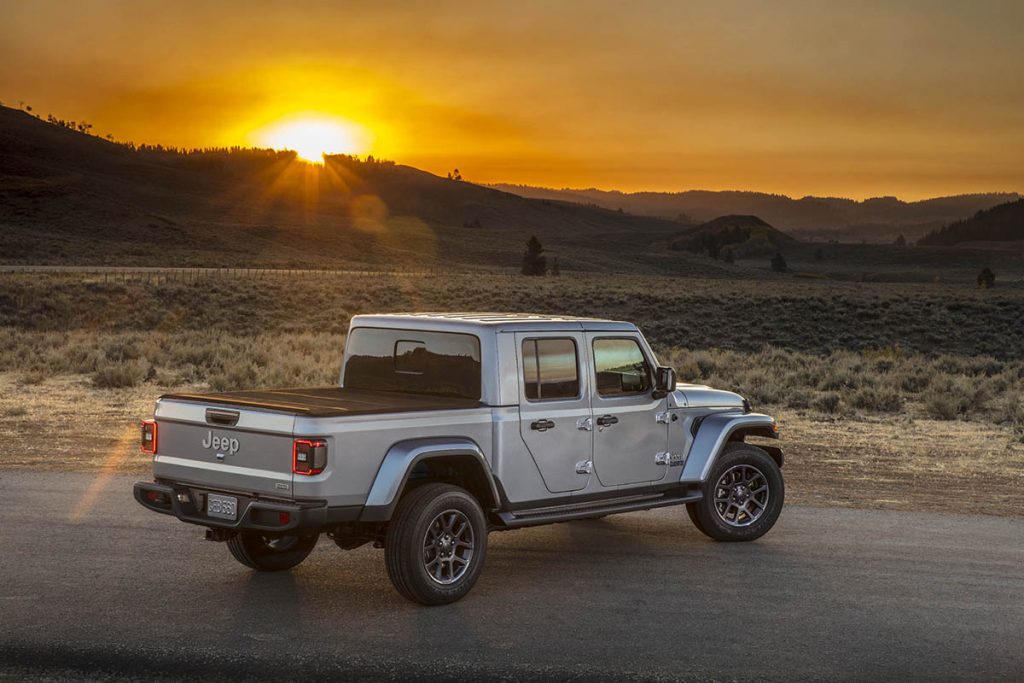 For the Gladiator to perform as a proper truck required a new frame that’s stronger and
longer than the Wrangler Unlimited’s (by about 80 centimetres). The result is a class-leading
tow rating of 3,480 kilograms and a payload rating of 730 kilograms. PHOTO: FCA

Toyota Tacoma SR5 4×4
Base price: $42,500
Midsize companion to the Tundra comes with a full
array of active-safety tech.

2020 TOYOTA COROLLA: A car known for being safe and reliable now has other attributes: More style and technology