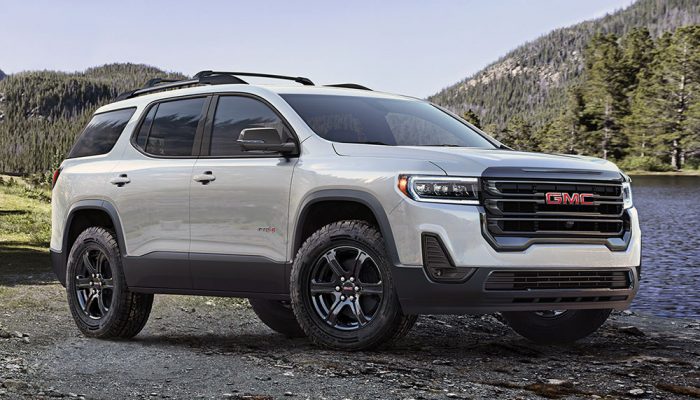 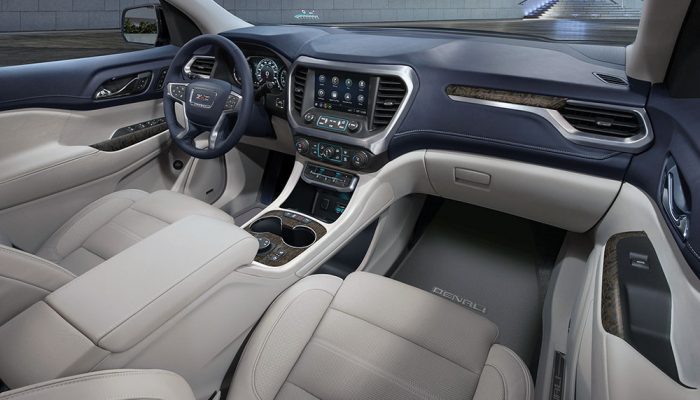 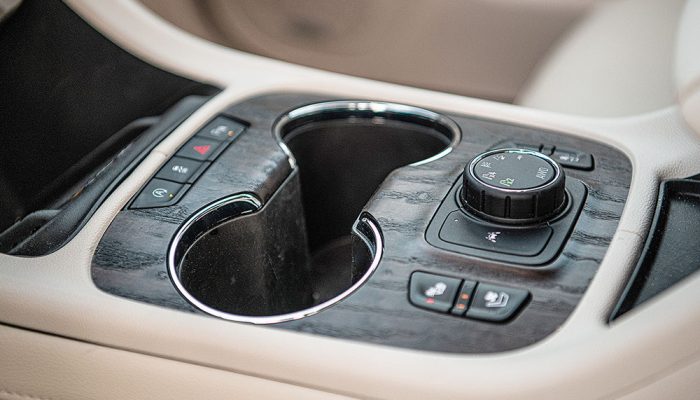 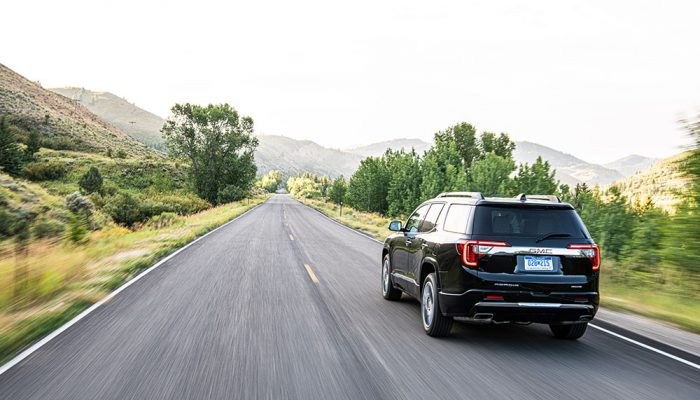 The GMC Acadia hits the sweet spot with buyers wanting comfort and good looks in a roomy midsize utility vehicle. And unless you need to transport a pro basketball team or tow a humongous boat or travel trailer, you can save yourself a bundle over the bulkier GMC Yukon and Yukon XL.

The 2020 Acadia is an update of the downsized current-generation model that arrived for 2017. It was nearly 18 centimetres shorter than its predecessor, nine centimetres narrower, and the distance between the front and rear wheels was cut by more than 15 centimetres.

As a result, passenger and cargo space were reduced, the folding third-row seat became more of a squeeze and maximum towing capacity was reduced to 1,820 kilograms from 2,365. In the process, the Acadia shed some 320 kilograms, which aided overall performance and fuel economy. The revamped Acadia suddenly found itself in the same bracket as the Ford Explorer, Honda Pilot and Toyota Highlander.

Exterior changes for 2020 include a bolder rectangular grille that’s similar to what’s found on other GMC pickups and utility vehicles, but the rest remains basically unchanged. Inside, the control panel is clearly influenced by other General Motors vehicles. Replacing the traditional gear-shift lever with a row of switches (below the climate controls) frees up space for the optional phone charger.
The Acadia seats seven passengers in a two-three-two arrangement across three rows. Opt for second-row individual seats that recline slightly and slide forward for easier third-row access, but overall capacity is reduced to six.

The turbo engine is the Acadia’s fuel champ with ratings of 11.0 l/100 km in the city, 8.3 on the highway and 9.8 combined, but the towing capacity is a paltry 680 kilograms, which is far less than V-6 that can pull up to 1,820 kilograms. The base engine can tow only 455 kilograms.
All-wheel-drive is optional with the turbo four-cylinder and the V-6, and unavailable with the base four-cylinder. When traction is not an issue, the system drives the front wheels only. It can manually be switched to 4×4, Sport, Off Road or Trailer/Tow modes via a console-mounted selector.

Acadia pricing starts at $39,600 in Canada, including destination charges, for the well-equipped SL trim. It comes with tri-zone climate control, 20-centimetre touch-screen, LED headlights and a high-definition rearview camera. Active-safety technology such as emergency braking and lane-keeping assist are not included.

The SLE and SLT trims add a variety of luxury content, while the AT4 is heavy on the black paint, blacked-out trim and wheels and is a specially equipped for off-road travel. The pinnacle of Acadia extravagance is the Denali AWD ($56,400), with chromed-up exterior trim, hands-free power liftgate, wood- and leather-coated interior pieces, 20-inch wheels (18s are standard) and a variety of active safety technology such as emergency braking, lane-keeping assist and pedestrian detection. Compared with the bigger and pricier Yukons, the Acadia will address the needs of most utility-vehicle buyers while leading the way in style and operating economy.

What you should know: 2020 GMC Acadia 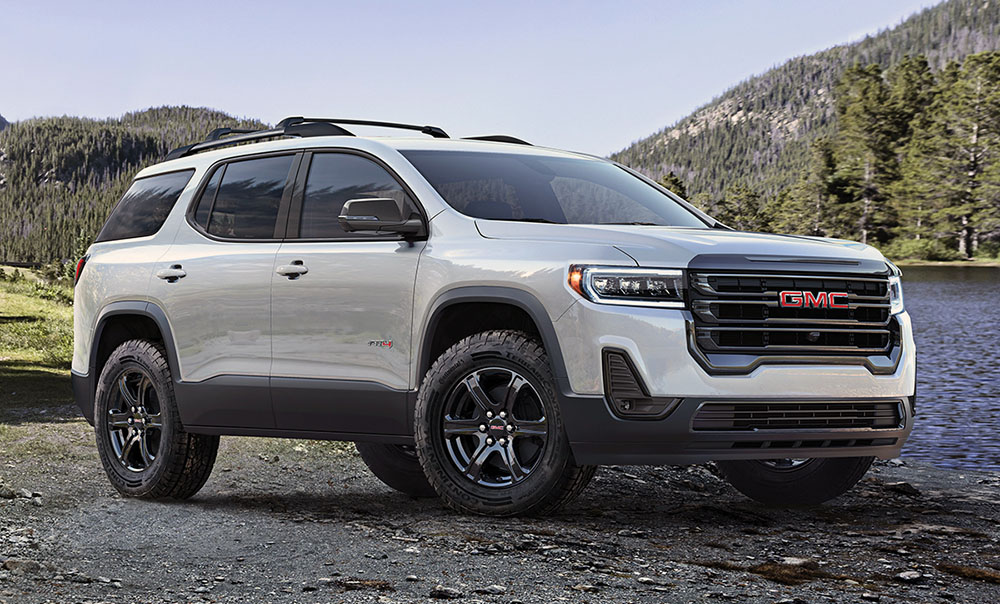 The AT4 model is intended for outdoorsy/off-road types. Its heavy on the black accents,
such as the wheels and the grille. PHOTO: GMC 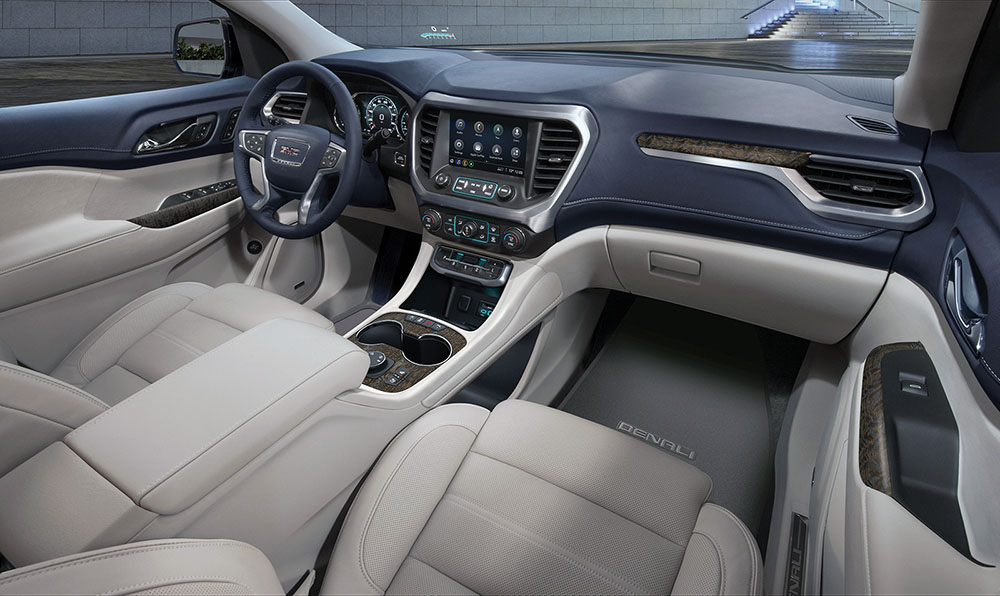 The interior details of the Acadia look very General Motors-like, especially the knobs,
the lighting and the band of trim around the infotainment screen. Note that the gear
selector has been replaced by a row of buttons below the climate-control settings.
PHOTO: GMC 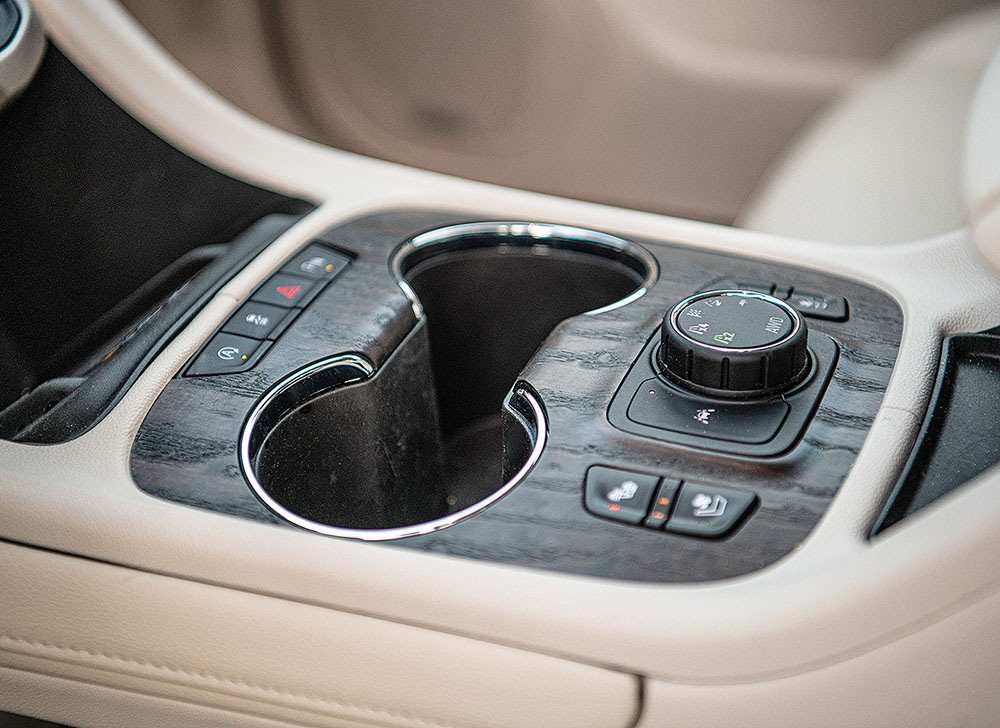 With the shift lever out of the way, there’s better access to the center console as a
well as the now-available wireless-charging pad. PHOTO: GMC 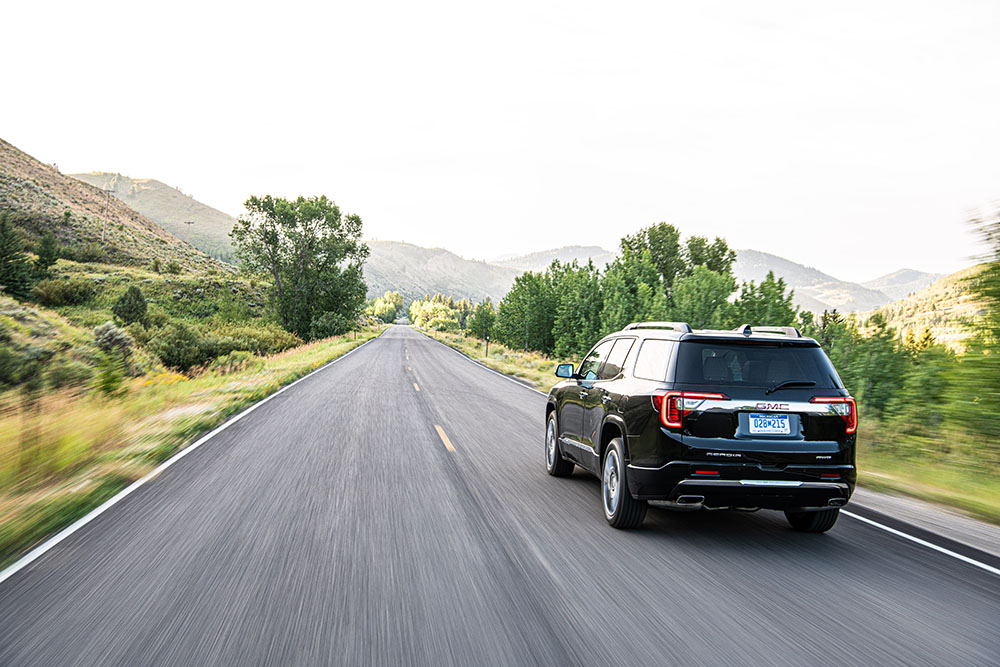 The Acadia seats up to seven people with its standard third-row seat. Base models come
with four-cylinder engines and front-wheel-drive. For 2020, a turbocharged
four-cylinder has been added as an option. PHOTO: GMC

Ford Explorer
Base price: $45,150
Updated for 2020 utility vehicle offers a variety of engines, including a hybrid.

2021 KIA SELTOS: A price-conscious compact utility vehicle that can actually be driven off road