The Spy Guy’s take on the Wrangler Crew Chief 715 concept vehicle, one of seven different design exercises that were displayed at the recent Easter Jeep Safari event in Moab, Utah, is that it comes close to the one that will roll off Jeep’s Ohio assembly plant in 2017. For certain the pickup will be based on the four-door Wrangler Unlimited and will probably use the Crew Chief name. But whether it will be available with a soft top is less certain (although it would make for a very unique off-roader). The Sleuth hears that the nosepiece won’t use the Jeep Wagoneer-inspired grille shown on the concept, even though he thinks its iconic shape would be a big hit with Jeep fans. 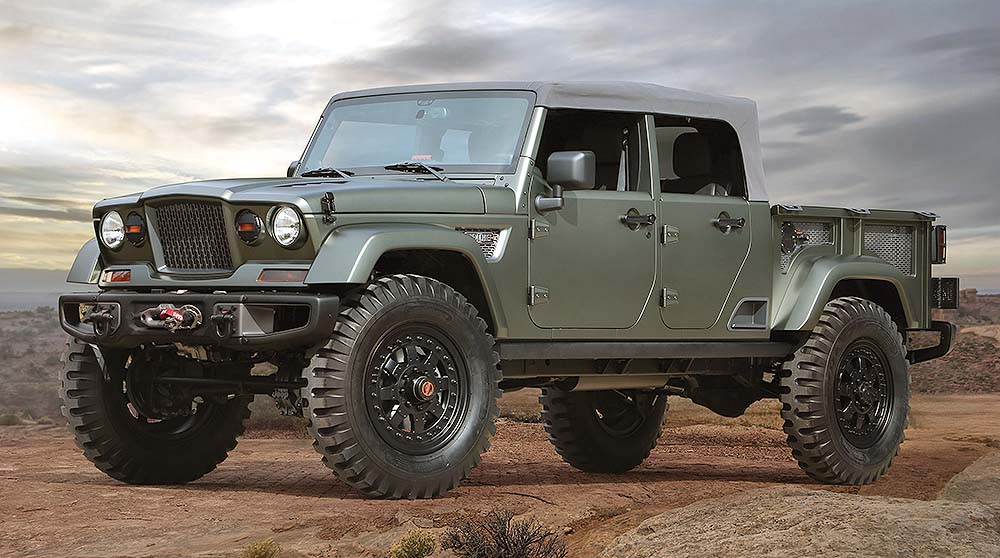 It looks old, but it’s anything but. The Wrangler Crew Chief 715 concept is one of seven designs on display at a recent Jeep event. (PHOTO: JEEP)