General Motors and San Francisco, Calif.-based Autodesk showed the first of what will be many 3D-printed parts used in the production of future GM vehicles. The stainless-steel seat bracket is 40 percent lighter, yet 20 percent stronger than a conventional cast-steel bracket, GM said in early May, and bodes well for improved safety, durability and fuel economy. The proof-of-concept 3D-printed unit is a single piece. “Normally, the same part would involve eight separate components and several suppliers,” said automotive-lifestyles website Motor Authority. GM has a multi-year agreement with Autodesk to help it get to the point of making profitable electric vehicles. Fewer components and suppliers simplify and reduce production costs. 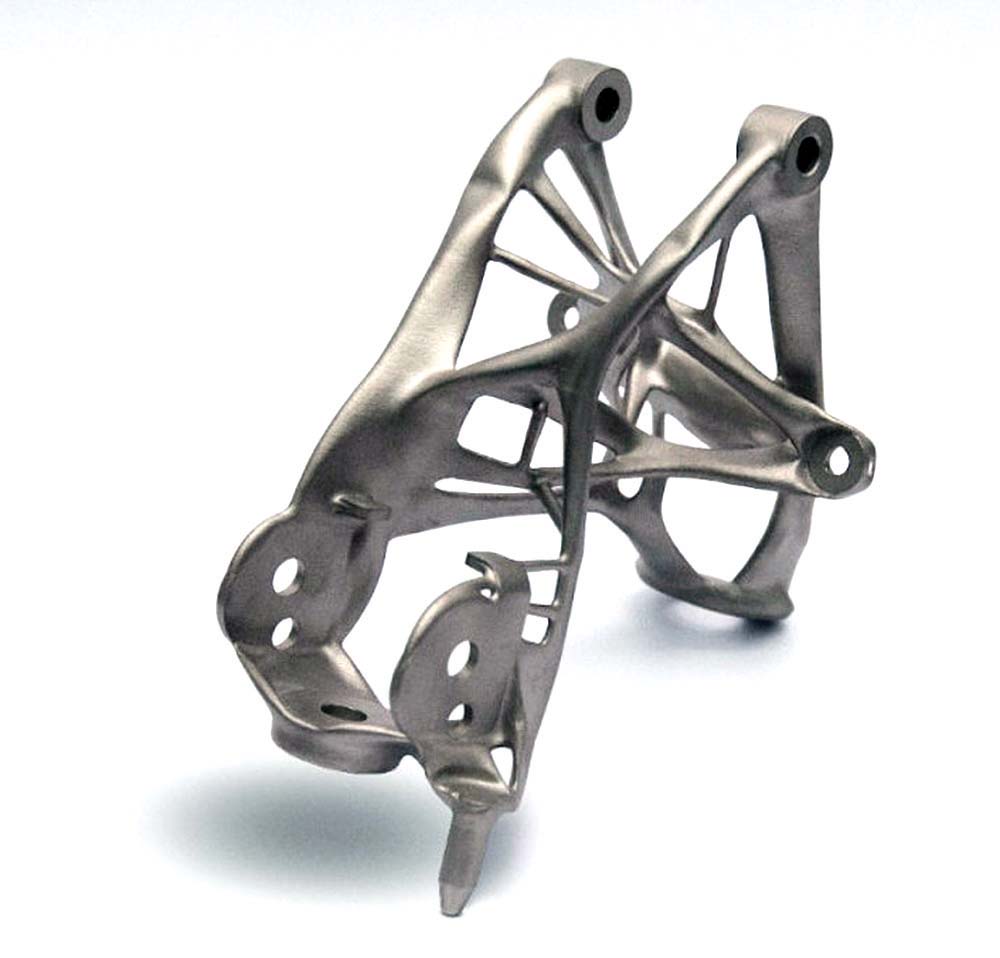 GM’s 3D-printed seat bracket is light and strong, but can printed parts be manufactured in high volumes? (PHOTO: GM)