Well, not exactly, but The Sleuth sees similarities between the two from a design perspective. In particular, the nosepiece and rear end have much in common with the current 911. The update, which lowers the rear roof section by close to an inch, represents a significant improvement compared to the awkward lines of the current Panamera. Similarly, the four-place passenger compartment is as luxurious and sporty-looking as the 911’s. There is no change in the front-engine layout, although the platform the car now rests on is brand new. A full range of powerplants will return, including a hybrid edition and top-end twin-turbocharged 550-horsepower V-8. Most exciting, perhaps, is the 440-horsepower twin-turbo V-6. 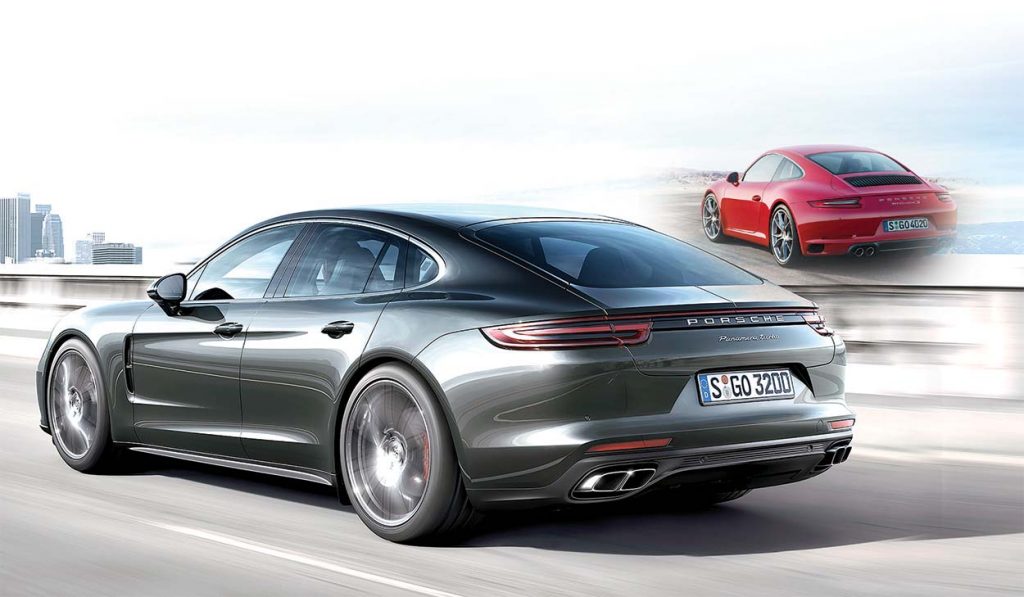 Porsche planned to give the new four-door Panamera the look of a 911 model (right). (PHOTO: PORSCHE)