The Sleuth sees a trend in taller tall wagons developing and also sees Mercedes-Benz cashing in on this burgeoning movement. The automaker recently revealed the E-Class All-Terrain, a name that seems to have been created by a product planner who has more than a passing familiarity with his thesaurus (a similar Audi vehicle is called the A4 Allroad). The All-Terrain is essentially an E-Class wagon with more travel in the air suspension system for increased ground clearance. It also has different stability control and skid control systems, protective underbody skid plates and off-road-capable tires. A four-cylinder turbo-diesel is standard on European versions, but a more robust gasoline powerplant is likely for North America. M-B has yet to actually confirm its arrival, but since Audi, Volvo and Subaru already sell similar hiked-up wagons here, The Spy Guy figures that’s a foregone conclusion. 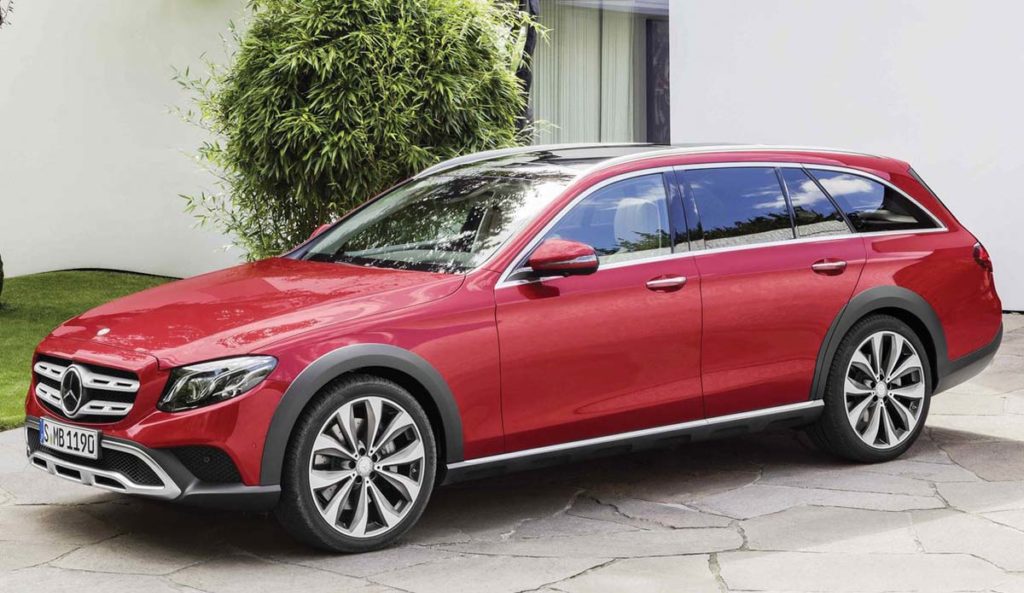 There appears to be an increasing number of hiked-up wagon offerings, such as this new Mercedes-Benz model. (PHOTO: MERCEDES-BENZ)